Inside Line: Looking forward to the Fernando & Cyril Show 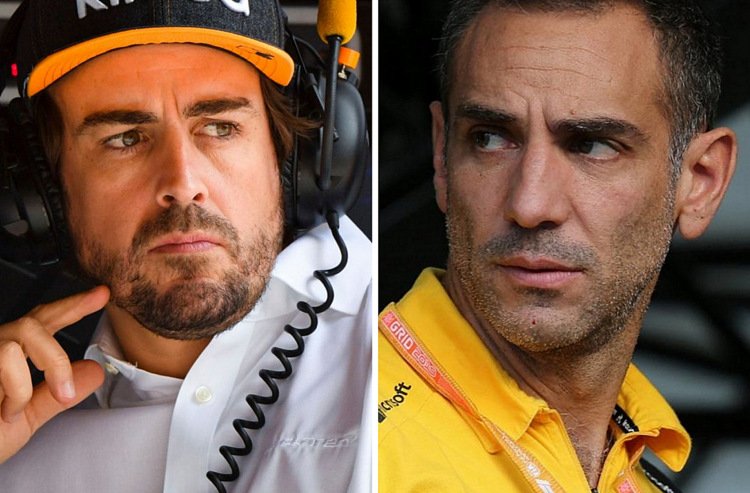 Credit to Renault boss Cyril Abiteboul for pulling the bunny out the hat yet again (remember Daniel Ricciardo’s extraction from Red Bull?) and, although we all saw it coming for the past 48-hours, today the deal became real: Fernando Alonso is back and that’s the best thing for Formula 1 in ages.

The Spaniard should not have left, but shit cars did him no favours and no surprise he took a walk. But let’s face his comeback was always on the cards and one could say that he made it clear from the outset his intention to return was always there

F1 is richer for having a driver of Fernando’s stature back in the fold, he is a media magnet and like Lewis Hamilton has the gravitas to launch a wave of new interest in the sport that so seeks someone or some team to dethrone the mighty Mercedes juggernaut.

From an editorial perspective, hand on heart, this is the best news of the year – better than Seb’s because he might leave and generate fewer column inches – but we have Fernando back until at least the end of 2023 and that is a salubrious prospect for our headline writers.

In fact, the F&C SHOW is one to look forward to, 38-year-old Fernando and 42-year-old Cyril (probably New-Best-Friends-For-Life right now) will be riveting to monitor because be assured that the Spaniard is not going there to make up the numbers.

He made it clear prior to the new-big-deal that unless he has a “race-winning F1 car” at his disposal he will not contemplate a return to F1, and why would he? The McLaren II nightmare is surely a lesson he shan’t forget.

Facts are, at the moment, all Alonso is getting is an “F1 car” the race-winning bit is not quite happening over at Renault, although progress has been evident in the wake of the season-opening Austrian Grand Prix, where it emerged that the French team had found about half a second in their package since the last time F1 visited Spielberg.

Mercedes, on the other hand, was around the same level as the previous visit, while Ferrari took a substantial step back. But that’s for another story…

How Cyril and Fernando gel is going to be crucial for the success of the venture, for the gelling to happen the man from Oviedo needs to be in a strong car from day one. A car that can be developed season-long and punch above its weight (Enstone have built a few of those) would also be on his wishlist.

The last thing anyone wants, least of all Renault, is a disgruntled Fernando in the car; ask Honda…

Fernando on the attack and Cyril on the defence would be something to behold, but the positives are that if they gel it could be a partnership made in heaven.

Cyril would be well advised to have Flavio Briatore on speed-dial or at least seek counsel from the guy who got the best out of the prodigy that Alonso was in his early days.

First of all, Renault will now be Fernando’s team (Esteban Ocon will soon find that out) as he galvanises the effort around himself, as any great driver would do going to a team that needs him more than he needs them. Schumi, Niki, Lewis, Ayrton, Alain etc. are the rare cases of drivers needed by their teams more so than vice-versa.

Alonso fits into the category of exceptional drivers who can turn things around, if everything goes according to his plan, and as long as Cyril and the squad can accommodate the needs of their World Champion, this could well be a match made in F1 heaven.

Of course, many other questions will surface as this all sink in and here are a few to start: How much money? Is he too old? Has he still got it? How will he do against Esteban? Watch this space!

The 2021 and 2022 F1 World Champion trophies would look grand next to the ones from 2005 and 2006 with Fernando Alonso inscribed on them, I bet that’s what they are all dreaming right now at Enstone and Vichy – may those dreams come true.