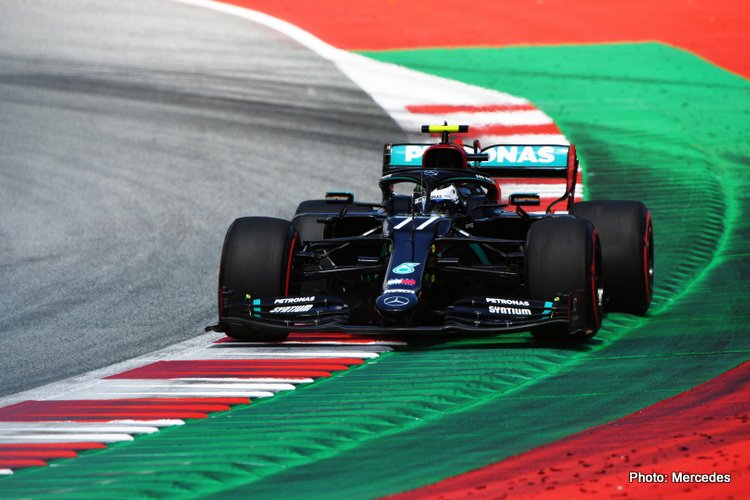 Mercedes could suffer a repeat of the gearbox issues it had in the Austrian GP without changes to its car’s internals, says trackside engineering director Andrew Shovlin.

A significant issue for the W11 in Sunday’s race, both Valtteri Bottas and Lewis Hamilton were told to stay off the kerbs in order to avoid stressing the gearbox.

According to Shovlin, this is because of the way the car’s electrical systems are wired, with the problem compounded by the vibrations when running-over the Red Bull Ring’s kerbing.

“We were we were aware of it on Friday, when you saw that Valtteri had an issue at the end of one of the sessions,” Shovlin revealed. “So that that was the first sign that we had a problem.

“We’ve had recurrent issues over the course of Saturday. And going into the race, we were expecting it because it seems to be a feature of the model.

“So at the moment, if we build the car and run it, this problem will appear at some point. It’s a question of how soon.”

Expanding further, Shovlin explained that the intricacy of the wiring made it impossible to resolve during the race weekend.

“It’s not manifesting itself as one thing. It’s basically a buildup of electrical noise,” he said.

“That starts to interfere with the various systems. With Valtteri, we saw this around halfway through the race. It got progressively worse with Lewis, and it appeared later.

“But it’s an electrical noise that’s then affecting a lot of different things.”

With another race in Spielberg this weekend, Mercedes will have little time to rectify the problem, but it is believed that while the gearbox could require modifications, it will not need a complete redesign.