Inside Line: What now for Vettel? 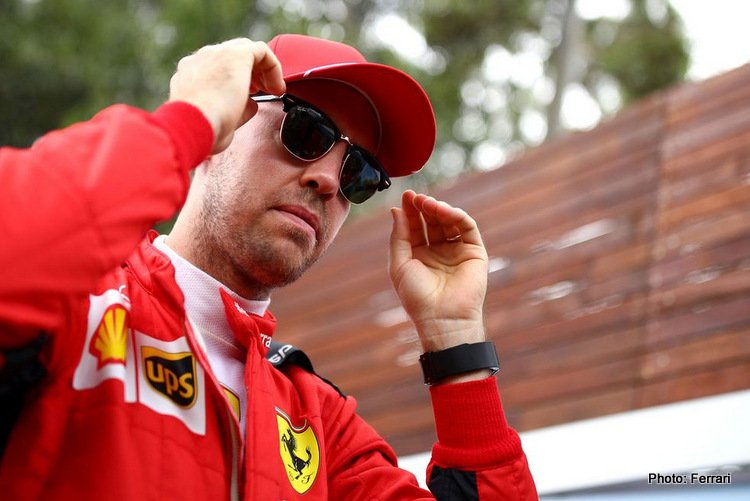 It can’t get any worse for Sebastian Vettel. Ditched by Ferrari during lockdown the German went on to endure a dreadful 2020 season-opening weekend at the Austrian Grand Prix.

First, he failed to make Q3 in Saturday’s qualifying at Red Bull Ring, and the next day he compromised his race when he spun in the heat of battle.

Not only did he spin, he did so while in a three-way fight between himself, his teammate Charles Leclerc as well as Carlos Sainz, the man who will replace Vettel at Ferrari next season.

There was some cruel Karma happening there…

With Vettel a car length or two behind, Leclerc made his move stick with a cheeky but well-calculated lunge on the McLaren as the pair approached the hairpin, and slipped through. Behind him the #5 Ferrari ran out of brakes and clattered into Sainz as they both targeted the same bit of tarmac at the apex of the elbow-like turn.

The red car of the four-time F1 World Champion once again ended up second best, facing the wrong way watching the field stream past. He recovered to salvage a single point.

Granted, Ferrari did not have the weaponry to take on the might of Mercedes last weekend, but the facts are that Leclerc wrestled his way to second place with some proper entertaining and forceful driving. Doing what is expected of a Ferrari driver, a F1 driver for that matter.

The list of Seb’s self-enforced mistakes is long, and the fact that he scoffed at the question of why he spun with a casual and off the cuff “luckily I did not spin more times” was telling.

The former Champ making light of his inability to go toe-to-toe with rivals without making contact, as if spinning is normal. Let’s face it only Romain Grosjean spins and breaks cars more often than Seb in recent years.

After his latest gaffe in Austria, would any team want him? Can he keep out of trouble when toiling in the midpack? Will he ever get out of the rut?

Sure there is a logic for Lawrence Stroll to have a driver of Seb’s calibre on the project.

However, hard-done-by Sergio Perez would have to make way for him, which would be a travesty considering that the Mexican (who has never been in a top-three car) was again punching well above his weight in Austria, a podium beckoned until he ran out of rubber but nevertheless finished sixth.

I will go out on a limb and say, that at this stage of their careers, Sergio is better than Seb.

So, for the record, that ‘Stroll-to-entice-Seb-to-Aston-Martin’ suggestion sounded good at the time but is now doomed by commentators curse and the Seb’s own waywardness.

The reality is that the senior Ferrari driver has run out of excuses long ago. As an out-of-work driver, seeking a new cockpit for 2021, good showings are vital. He had to deliver from race one of this late starting and shortened season. He did not.

Predicting that Seb will probably walk at the end of this season – or take a sabbatical or even ride off into the distance to play family man – is now a sport among F1 pundits.

Either way, he has served F1 well and he will be sorely missed if he does go, or put it this way: the Seb of the Red Bull years (before Dan arrived) and the early Ferrari years (before Charles landed) is needed.

Is that Seb still around? Because, whichever way you look at it, there is certainly unfinished business for the 33-year-old in F1 if he can regain that magic he once had.

Worth noting, Bernie Ecclestone has been offering his pearls of wisdom on just about every subject. The cunning former F1-supremo is probably getting out of nappy-duty by telling Fabiana he is busy conducting interviews with media.

Let’s face it he gets far more airtime these days in retirement than his successor Chase Carey ever does despite leading the sport at the highest level.

Furthermore, the 89-year-old and Seb are long time pals – holidaying together on a luxury yacht in the Med level of buddies. They obviously chat in confidence as mates do, and Bernie being Bernie, of course, let’s the whole world know.

His latest soundbites on the latest Seb-crisis go something like this: “I’ve been talking to Sebastian a lot lately. I advised him that the truth about the separation from Ferrari must come out on the table.

“That was important for him. Sebastian is an extremely talented driver with a strong will, but very sensitive when he has to live with injustice. He has now freed himself from this.

“The driving mistake had nothing to do with it. Something like this can always happen. Even Lewis Hamilton, the other superstar of the scene, didn’t have his best weekend in Austria. Seb now has a few days to recover. I think he’ll be free next weekend and show what he’s made of.”

As for life beyond Ferrari, Bernie’s advice to his confidante: “He should take a year off in 2021 and then position himself in time for 2022. He shouldn’t dream of Mercedes.”

Question for the Old Man: What F1 team would hire Seb on current form?