Vettel: I’m really glad that I only spun once 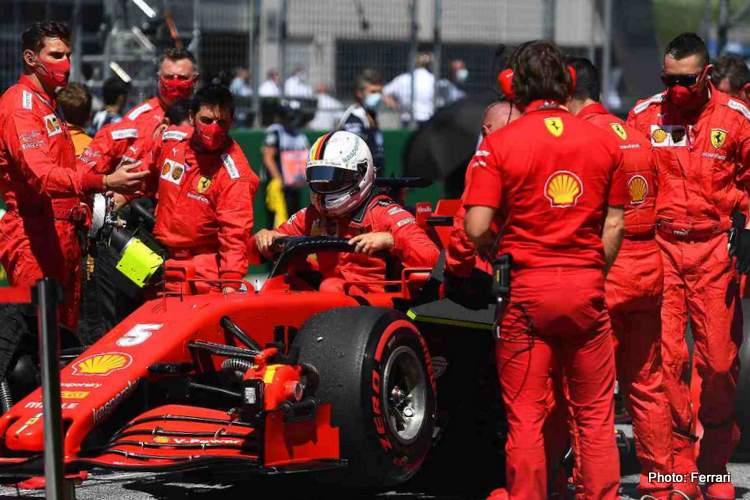 Sebastian Vettel admitted he was confused by Ferrari’s lack of pace during the 2020 season-opening Austrian Grand Prix compared to his car’s performance during Friday practice at Red Bull Ring.

Starting 11th on the grid after being knocked out in Q2, Vettel overtook Daniel Ricciardo at the start before losing places after making contact with Carlos Sainz and going into a spin, later admitting he was surprised and happy he did not have a few more.

Teammate Charles Leclerc finished second following a number of incidents ahead of him, but the German said the team were struggling for pace all day, “We had terrible problems staying on the track at all.

“It was very difficult and I think the pace was extremely slow throughout the race. I think I was a good 1.5 seconds slower than on Friday. It was not an easy race.”

“In qualifying, the worm was already in there and that has run through the entire race today. I think I was as fast on the last lap today as I was on Friday in the first lap with the tank full. Something cannot be right anywhere,” he added.

The four-time F1 world champion has come under pressure in recent years as a result of a series of spins and mistakes in races, but Vettel dismissed the incident stating he was lucky to spin just the once, “To be honest, I’m glad that I only turned once today.”

“The car was really, really difficult to drive today, I tried my best. It was very close and I think it was Carlos or definitely a McLaren who stepped in there. I was at the limit because I wanted to be as close as possible and lost the tail. But I honestly said that several times today. As I said: I’m really glad that it only happened once. “