The Day After: The Real Deal? 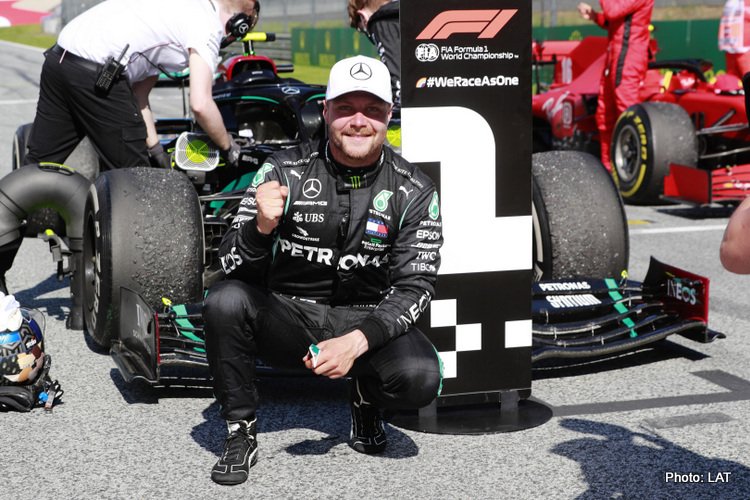 In a season that brings more pressure than ever, Valtteri Bottas looked like a driver singularly-focused on winning a world championship in Austria on Sunday.

To say Valtteri Bottas is in a tough spot this season would be quite the understatement. On another one-year contract, with speculation rampant on who could replace him, and a teammate in Lewis Hamilton who is as dangerous as ever, the Finn simply can’t afford another ho-hum season – well, so far so good.

Bottas’ performance on Sunday, while certainly not dominant, was exactly what you wanted to see from a driver who has talked the talk repeatedly since the end of last season. He controlled the race from start-to-finish, despite the uncertainty caused by the safety cars, whatever was going on with his gearbox, and some fairly heavy pressure at times from Hamilton. And yes, his teammate probably did him a favour by taking out Alex Albon (more on that in a bit), but Bottas can only tend to his own business, and he certainly did that.

Of course, one race does not make a season, and it’s worth bearing in mind the big deal that was made over “Bottas 2.0” when he won the 2019 season-opening race in Australia. We all know how that turned out, but in a year that’s already seen its fair-share of unusual happenings, who’s to say the Finn can’t add to the list?

The Albon-Hamilton incident might be the most divisive thing to happen to F1 since… well, about two hours prior. Personally, my initial impression was it was a racing incident, and while there’s definitely a case to be made that Lewis got away lightly, I can fault him too much when he’s applying full lock through the corner, while leaving Albon a decent, albeit uncomfortable amount of space on the outside. If the mantra of F1 stewardship is indeed to “let them race”, that has to account for things such as a naturally understeering car, as well as Albon’s decision to make the pass at a high-risk section of track to begin with. Would love to read your thoughts in the comments, though.

I can’t imagine Sergio Perez is too happy with how Sunday turned out. Even setting aside the five-second penalty for pit-lane speeding, he could have been on for a podium had Racing Point pitted him for fresh tyres under the safety car. On the bright side, the team gets a chance to redeem itself next week, and with the pace the RP20 has, it wouldn’t be a surprise to see them do so.

Antonio Giovinazzi and Alfa Romeo must be counting their lucky stars after Sunday. That car looks like a bigger dud than Jacques Villeneuve’s music career, but it still managed ninth place, ahead of Sebastian Vettel’s Ferrari. It just goes to show that sometimes, it’s better to be lucky than good.

Driver of the Day: Lando Norris

For as impressive as his rookie season last year was, the knock against Lando was that he wasn’t quite as good on Sundays as he was on Saturdays. That certainly wasn’t the case yesterday, and his final lap to get within a five-second margin of Lewis Hamilton could very well go down as the lap of the season.

Worst of the Day: Haas

So many choices, but it’s hard to look past the Americans. A double-DNF with brake issues is exactly what they didn’t need right now, and points to their future in the sport becoming a major subplot as the season goes on.

“Is it finished? The lights are not red? … YEAH! YES! What a race! That was one of my best performances ever, it was so difficult, the restart and everything is so difficult to stay in front of the guys behind, especially in the straight. But let’s go, c’mon! P2! The road is still long guys, but anything is possible, stay motivated and we’ll make it.” – Charles Leclerc, after an absolutely heroic drive in Ferrari’s hour of need.