Brawn Report: Bottas and Norris impress, Ferrari have work to do 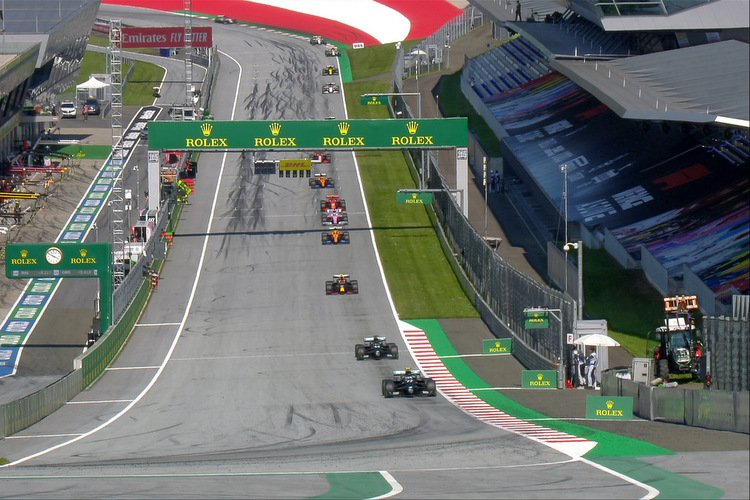 In the wake of thrilling 2020 Formula 1 season-opening Austrian Grand Prix, Formula 1 sporting director Ross Brawn reflects on the weekend at Red Bull Ring on which we were racing again and picks out some of the choice highlights from his perspective.

After a long break, it was great to return with a thriller of a grand prix, with drama throughout. And one of the key protagonists was Lando Norris, who couldn’t quite break out of Carlos Sainz’s shadow in his first year with the team last season, but he came of age in Austria on Sunday.

His last few laps, when he needed to close the gap to Lewis to ensure he could take advantage of the Briton’s five-second time penalty and snatch a maiden podium, were exceptional and simply stunning to see.

In McLaren, you’ve got a team in transition, who are getting stronger every race and which have a bright future with a Mercedes engine.

Bottas impressed out of the box

Often a driver who starts on pole and wins the race might be perceived to have had an easy ride, but that was certainly not the case for Valtteri.

He looked very controlled throughout the weekend, and was delivered when it mattered in qualifying. On race day, his performance was faultless and he managed the problems Mercedes encountered with their gearbox.

But perhaps what was most impressive was the way he withstood the pressure from Lewis and drove intelligently, keeping a consistent gap so his teammate never really threaten him.

Ferrari have work to do

It was clear Ferrari were in a difficult position after qualifying, their performance by their own admission was disappointing.

On Sunday, Charles showed what a talented driver he is, managing his chances wisely to take an opportunistic second place. It is in these difficult races where the determination and talent of very special drivers come through.

But Ferrari have got to quickly improve the situation otherwise it they face a very difficult season. They have plans to improve the car for Hungary, which is encouraging, but the start of the year is tougher than they anticipated.

It was a difficult start to Sebastian’s final season with the team. Everything must be swirling round in his head, after he found out Ferrari did not want to renew his services for next season.

Sometimes, the things that put off a driver are quite subtle. Sebastian has appeared surprised and shocked by what has happened and it must be a distraction, understandably so.

We are used to Formula 1 cars being bulletproof in the modern era, but there was an astonishing lack of reliability in Sunday’s race, with just 11 of the 20 drivers seeing the chequered flag.

I can’t remember the last time we saw so many mechanical problems in one race. Some of those, of course, will be down to the fact the teams have not run their cars properly since pre-season testing in February.

We also saw a number of pit stop issues, which showed the rustiness of the teams after a long break without racing.

The F1 family comes together

It was great to be back at a race track and hear the sound of a V6 hybrid turbo power unit fire up to signal that Grand Prix racing was underway once more.

This weekend in Austria was the result of three months of tremendously hard work that couldn’t have been completed without the outstanding collaboration between Formula 1, governing body the FIA, all 10 teams and the race promoters.

It was a massive team effort to get this season underway – and we are pleased with the way the race weekend came together. I feel a big relief to get to where we have got to now.

The event ran smoothly, with zero positive tests for Covid-19 in more than 4,000 tests of F1 personnel as of Saturday. The strict and rigid procedures we put in place were to ensure everyone’s safety and we’re reasonably pleased with how it went.

There are still a lot of refinements we can make after our experiences this weekend, and there’s been some small changes before next week’s race, but I think we have put down the foundations to move forward in this Covid era..

Everyone in Formula 1 is united in a stand against racism and our pursuit of greater diversity and inclusion, as represented by the #WeRaceAsOne initiative and the projects that drivers and teams are supporting.

The drivers coming together on the grid ahead of the racing was a powerful message, with people free to support this fight in their own personal way. Drivers have thrown their support behind the campaign and are open and honest about their own role in advocating for change.

Formula 1’s position is clear. Racism has no place in our sport. We want more diversity and we want more inclusion and we are doing everything we can to facilitate that going forwards.