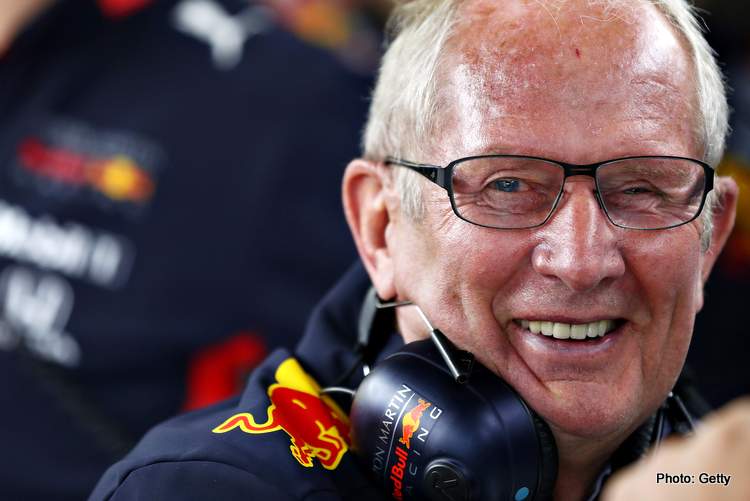 Red Bull advisor Helmut Marko has taken a swipe at Ferrari after their dismal performance in qualifying for the Austrian Grand Prix on Saturday.

Asked by Auto Bild about the plight of his Formula 1 rivals, who qualified 7th and 11th, Marko could not resist the opportunity to sink the boot in.

“It’s amazing what the Ferrari engine has done in the last year,” he joked, referencing the Scuderia’s decline in power-unit performance seemingly coinciding with the raising of suspicions in mid-late 2019 that it was breaching the 100kg/hour fuel-flow rate.

And while the matter was resolved with a confidential settlement reached between the FIA and Ferrari in February, F1’s non-Ferrari-powered teams continue to push for further answers, with Marko’s colleague Christian Horner stating on Friday that the deal’s continued secrecy “does nothing but promote suspicion”.

As for his own team’s performance on Saturday which saw Max Verstappen qualify third, albeit with a half-second gap to leaders Mercedes, Marko suggested the deficit was slightly exaggerated.

“The set-up did not fit. Realistically, we are two to three tenths of a second behind Mercedes” he said.