Hamilton: I’ll take whatever penalty they feel I deserve 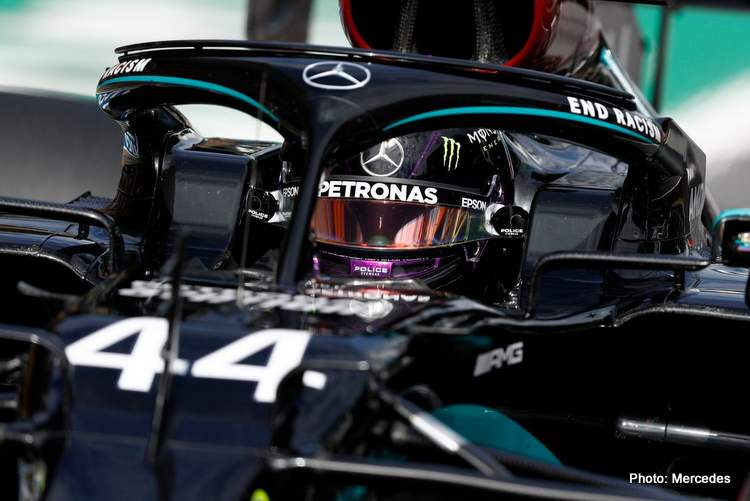 Lewis Hamilton has started the defence of his Formula 1 World Championship title and quest for a seventh on the back foot, the Mercedes driver penalised for an incident that saw a sure second place turn to fourth at the Formula 1 season-opening Austrian Grand Prix on Sunday.

Mercedes teammate Valtteri Bottas started from pole and defended against the #44 car for most of the race of high-attrition by picking up the pace when the attacks came and taking the first win of the season in the process, at the expense of Hamilton.

“Of course it’s not been a great weekend for me, and yesterday was entirely my fault,” the Briton acknowledged after the race referring to his penalty in qualifying that resulted in a three-place grid-drop.

He continued, “It was a bit odd today, to all of a sudden get the [grid] penalty but that didn’t destabilise me, it just encouraged me to go out and drive as best I could – and I feel like I did.

“Obviously I had great pace to catch up with Valtteri and then a really unfortunate situation with Alex. I can’t believe we came together again. It really felt like a racing incident. But either way I’ll take whatever penalty they feel I deserve and move forward.”

The team repeatedly told their drivers to keep off the kerbs, which were reportedly not being kind to the gearbox on both the pitch-black W11s.

Hamilton admitted, “I really don’t know what all the problems are, obviously. They told us to stay off the kerbs, I don’t know whether they’re going to be able to fix it in three days or four days but I wouldn’t put it past my team, they’re such intelligent and hard-working people.

“I’m sure they’re already working right now on a solution. Whether they’re going to be able to bring it to the next one we’ll wait and see,” he added.