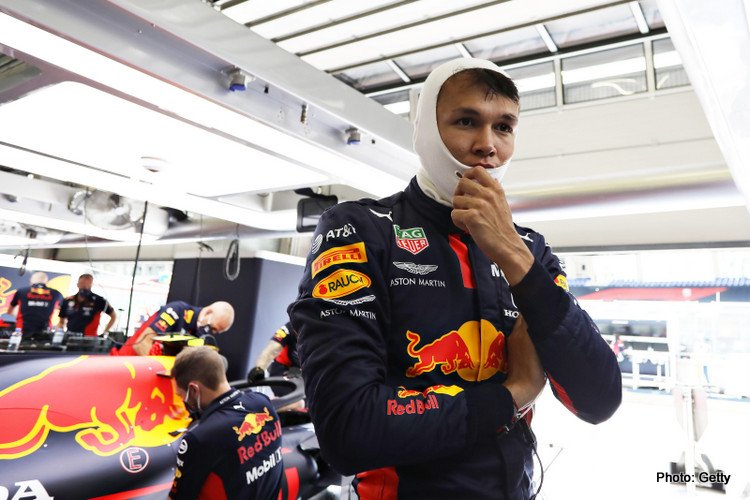 Red Bull’s Alex Albon says he has no problem with his team’s decision to give its new nose to Max Verstappen, citing the Dutchman’s previous strong performances in Austria.

Having brought two copies of the updated nose to Austria, Verstappen was given both parts in order to ensure he had a spare.

“Historically speaking, Max has had really good results here,” Albon told Autosport. “I cannot really fault the team for why they did it.

“But I think come the second race, I will have the parts as well. So I’m not too worried. I’m just focusing on the job I have right now.”

The winner of the last two Austrian Grands Prix, Verstappen will start Sunday’s race from third of the grid, having set a fastest time on Saturday 0.391 seconds ahead of Albon, although he remains unsure how much of an advantage the new nose provided.

“Well, there was only one set,” he explained. “They gave it to me. I mean we are still understanding the difference between the wings but you know it’s different philosophies behind it.

“I can’t really tell you how much of a difference it is because I don’t know. But yeah, we’re learning, we’re understanding different things.”