Williams: A good first step back towards the midfield 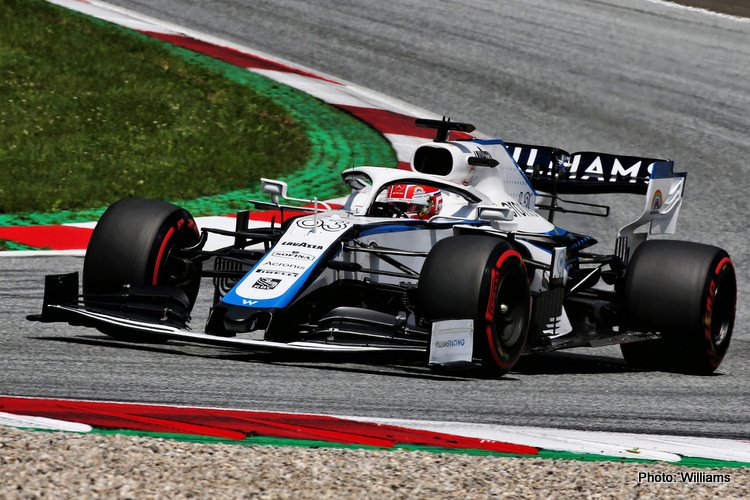 George Russell showed why he is highly rated by qualifying 17th for the 2020 Austrian Grand Prix, six tenths faster than his teammate, rookie, Nicolas Latifi who will make his Formula 1 dbut from the back of the grid.

This is what the team had to say after Qualifying at Red Bull Ring:

George Russell: “Today has exceeded my expectations, I knew we had made a step forward, but I didn’t think we would be in this position. Unfortunately, we missed the slipstream that we were aiming for on my previous lap, that cost me about two tenths, but it was definitely a very good effort.

“We have made a big step forward, and this is the closest we have been on pure pace. The team did a really good job to get the most out of the car so let’s see what we can do tomorrow.”

Nicholas Latifi: “I am pleased with my first qualifying session considering how this morning went. I made a silly mistake in FP3 and I was unable to get the laps in to fully prepare myself for qualifying.

“But I am pretty happy with the pace, and more so because I know there is some time left in me and some time that we can find with the car. We have to go from there and hopefully we have a clean race tomorrow.”

Dave Robson, Head of Vehicle Performance: “The car showed reasonable pace in the morning session following some work overnight. It was a shame for Nicholas that he lost track time following a spin which damaged the front wing.

“However, the mechanics were able to repair the car in time for qualifying and Nicholas was able to see the data from George’s car to understand the improvements made since FP2.

“Qualifying was a relatively calm affair with both cars completing their planned runs. Nicholas completed a slightly extended first run as he made up for the time lost in the morning. His final run was very assured, and today’s experience will be very valuable when we repeat the exercise again in one week’s time.

“George built on some strong qualifying performances last year to execute a well-planned and well-judged session during which he has able to beat both Alfa Romeos and come very close to qualifying for Q2.

“Tomorrow will be a tough fight; however, we are looking forward to a close race with the Alfa Romeos and the Haas cars. It is great to be back at the track and with a car that we can compete with. We have a long way to go but today marks a good first step back towards the midfield.”