Renault: Not quite what we were targeting 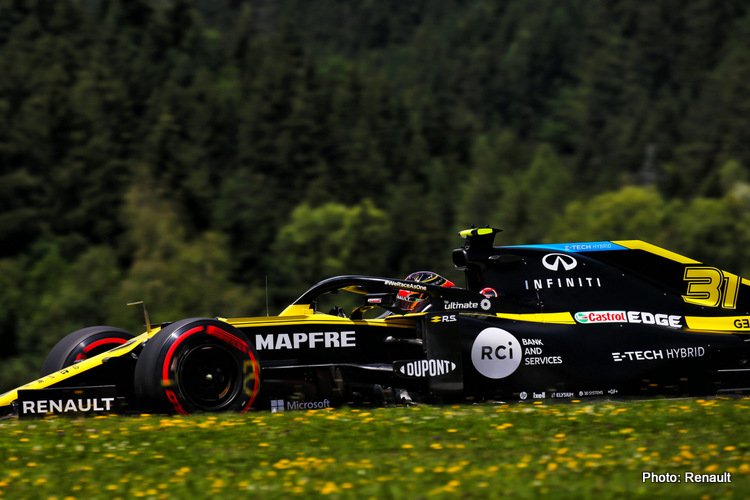 Renault were once again underwhelming for the start of the season, comprehensively outpaced by their customer team McLaren, Daniel Ricciardo was only good for tenth place on the grid while comeback kid Esteban Ocon will line-up 14th for his return to the grid for tomorrow’s Austrian Grand Prix.

This is what the French team had t say at the end of their afternoon at Red Bull Ring:

Daniel Ricciardo: “I had to lift on the last run with the yellow flag. We know we could have been better than tenth as we’ve shown that all weekend. To be in Q3 is positive for us, especially after last year here. It’s a sign of more progress. Things like this are out of what you can control, so it’s a bit frustrating but it happens. We’ll have to go and do it tomorrow and look to push towards the top eight if not, even higher. I’m looking forward to the lights going out tomorrow!”

Esteban Ocon: “I’m not very satisfied with today as it’s not what we wanted to achieve. I know we could have done better with what we had in hand. There were just a few little details that we didn’t get right. I want to review what happened as the gap to where I want to be is pretty big. We’ll take a look and keep working hard. It wasn’t enough today, but tomorrow we’ll aim to come back stronger.”

Ciaron Pilbeam, Chief Race Engineer: “The end result wasn’t quite what we were targeting but, nevertheless, we’re in a position to contend for points tomorrow, which is when it counts. The yellow flag for Daniel in Q3 on his push lap on new tyres meant he had to lift, and it was impossible for him to improve his lap time. For Esteban it was a case of not piecing it all together and he also missed out on a tow on his Q2 lap, which likely cost him a little bit of time. We have some options on strategy to assess for tomorrow.”