Racing Point: In a good position with both cars 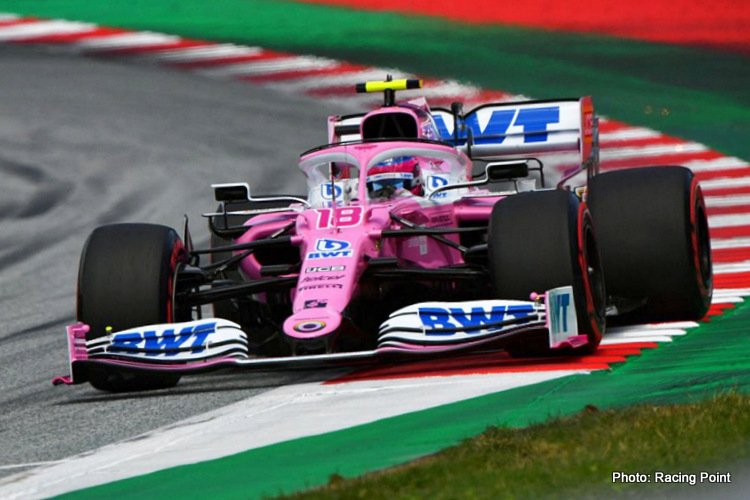 Racing Point, the Pink Mercedes, is clearly a big step forward for the team as they enjoyed one of their best performances in the Stroll-bankrolled era of the team that began life as Jordan.

The closer association to Mercedes, inadvertently or not, paid dividends from the word go – albeit not unexpected as in Barcelona they already showed formidable pace.

On Saturday, in qualifying it paid dividends as Sergio Perez and Lance Stroll always looking to make it into Q3 and in doing so the Mexican popped up sixth fastest and his Canadian teammate 9th – a couple of tenths between the pair.

Sergio Perez: “I’m happy with sixth on the grid: I matched Albon for fifth, but unfortunately he set the lap before me! It was a good performance by the team – the car has been consistent and is working well, and it was a good lap in Q3. I’m confident for tomorrow because I think our race pace should be strong, and we’ll be in the mix to fight for points, but we’ll also see how all the other teams stack up. The first lap is always tricky here, but if we can keep it clean and tidy I think we can gain some ground through the first few corners. It’s such a buzz to be back racing and let’s see what we can do tomorrow.”

Lance Stroll: “It was a positive qualifying for the team and both cars in Q3 is a great way to start the season. The team has done a strong job over the winter to develop a competitive car. My Q3 lap was clean, and it was a good shot, but there’s always room for improvement to optimise the lap. It’s really tight here between all the cars, so a couple of tenths makes a big difference and can cost you as many as five or six places. That’s what the fans back home want to see, as well as the drivers. We’re in a good position to score points in tomorrow’s race and it’s going to be an exciting one.”

Otmar Szafnauer, CEO & Team Principal: “It’s great to be trackside again and today’s qualifying session was the first proper chance to see just where we sit relative to our competition. After promising form in practice, we knew that getting both cars in Q3 was achievable, so it’s satisfying to be lining up in sixth and ninth for tomorrow’s race. Checo and Lance were tidy and consistent throughout the session – just what’s needed on such a short lap where a few tenths can cost you a handful of positions on the grid. I believe we’ve also got a competitive race car for tomorrow – based on the data from the long runs we did in second practice. The weather forecast suggests hotter temperatures tomorrow, but I think we’ve put ourselves in a good position to race for points with both cars.”