Horner: We may ask for a change in parc ferme conditions 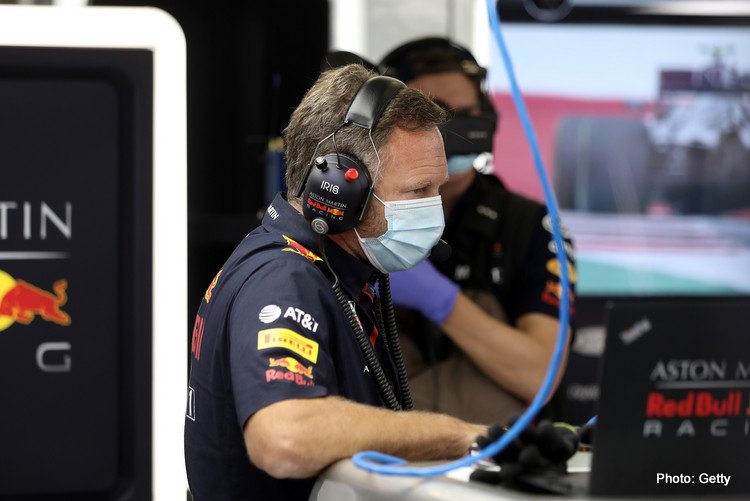 After unsuccessfully appealing DAS on Friday, Horner was asked about the wider implications of the decision in an interview with Sky Sports F1 during practice three on Saturday.

“I guess if they use it in qualifying, then we may well ask to make a change in parc ferme conditions,” he suggested. “If that is now permitted, then obviously you’ll request to make a change not with the steering wheel, but with a set of spanners, to your camber and caster and so on, whatever it controls.

“It is what it is. Hats off to Mercedes, it is a clever system. To incorporate that during this year when it gets outlawed for next year will be very, very difficult.”

Under parc ferme rules, Formula 1 teams are not allowed to make setup changes to their car once qualifying begins, and while changing the toe-angle of the front tyres (as DAS does) would normally constitute a breach of the rules, the stewards agreed it is exempted due to its position in the steering wheel.

For his part, Horner still maintains the device’s legality is questionable, but insists he will move on, potentially with a view to Red Bull building its own DAS system.

“In that respect, it is a tool that as I said has nothing to do with steering the car, because they only use it in a straight line,” Horner said.

“That’s sometimes the ambiguity that these regulations create. It’s something that’s been tidied up for next year.

“The engineering feedback we had was it wasn’t fully compliant to the regs this year, so that’s why we questioned it and got that clarity late last night.

“The system is very, very complicated. Of course it comes into question what is a steering wheel for? The stewards obviously backed the decision of Nikolas Tombazis, the technical delegate there.

“We have that clarity now. We know it is legal, and if we want one, we’ll have to design our own and incorporate it.