Honda: Our PU worked fine in all four cars so far 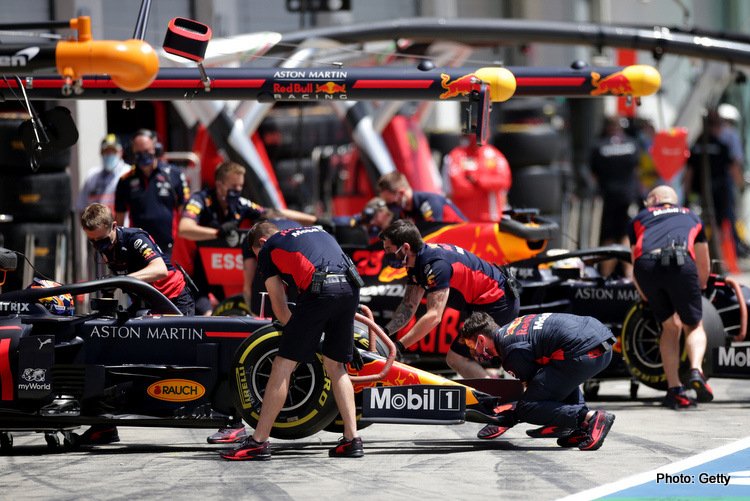 Both Aston Martin Red Bull Racing drivers will start in the top five for the Austrian Grand Prix after a closely fought first qualifying session of the 2020 season.

The final practice session on Saturday was encouraging, with Max up in third – within 0.3s of the fastest time – and Alex sixth, while Pierre also made it into the top nine for Scuderia AlphaTauri. Daniil was 14th, but just 0.3s behind his team-mate.

In qualifying, all four Honda-powered cars advanced through the first session despite an extremely close field, as a second covered all of those who progressed.

Max was quickest in Q1 with Pierre half a second off in P9, but in the second part of qualifying the two AlphaTauris dropped out with Pierre 12th and Daniil 13th, with just a few tenths of a second making the difference. Max completed his quickest time on medium tyres on Q2, ensuring he will start the race on those tyres, while Alex went through on the softs.

Max was able to match his Q2 performance in the final part of qualifying to secure third on the grid and a strong starting position on a different strategy from the rest of the field, while Alex will start directly behind him in fifth. With two cars in the top five and on different strategies to give the team multiple options, we’ll now look to make the most of any opportunities with both teams in the first race of this delayed season.

Toyoharu Tanabe, Technical Director: “This first qualifying of 2020 produced some surprises. We have Max on row 2 and Alex on row 3, which is a positive result. However, the time gap to the quickest was not that small. But with Max starting on the Medium tyres and our race pace that we had in free practice looking encouraging, we can hope to have a good race tomorrow.

“AlphaTauri managed to improve the car from yesterday and 12 and 13 on the grid is encouraging. It would be nice if the team could score points in the debut event with its new name. Our PU worked fine in all four cars so far this weekend and we look forward to a good race, knowing that the competition looks very close.”