No penalty for Hamilton after post-qualy visit to stewards 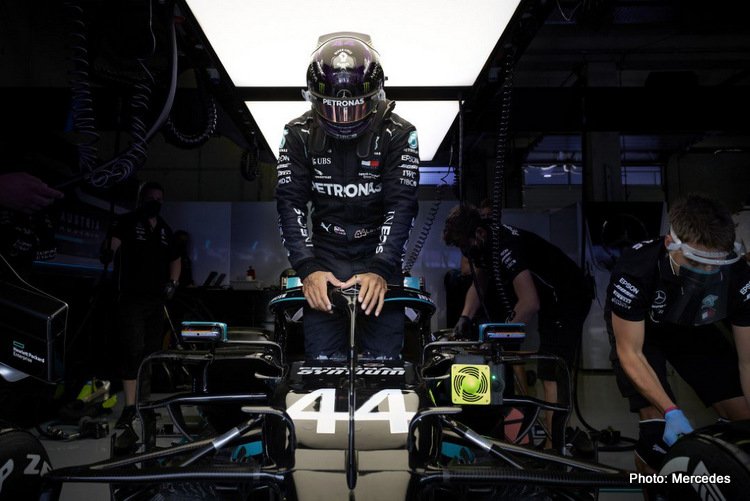 Mercedes’ Lewis Hamilton escaped a penalty after being summoned to the FIA race stewards after qualifying for the Austrian Grand Prix stewards over an alleged failure to slow down for yellow flags and a track limits violation in Q3.

Shortly after 19:45 local time, race stewards confirmed there will be no further action against the Mercedes driver, but his first lap time has been deleted however the second, faster lap, still stands and thus tomorrow’s grid remains unchanged.

Earlier, Hamilton qualified second behind teammate Valtteri Bottas with Mercedes continuing to display a sizeable advantage on the field in 2020.

Bottas got caught out in his final attempt in Q3, running off the track on the throttle at turn 4. Bottas’ excursion brought out the yellow flags in the middle sector as the Finn kicked up gravel onto the racing surface and spun while attempting to rejoin.

Hamilton, who was following Bottas at the time, improved in sectors two and three on his way to his personal best lap time which ultimately wasn’t enough to usurp his teammate.

When asked whether he saw the yellow flags, Hamilton replied: “Not that I saw, no. I came round the corner, I got on the power and I thought that Valtteri perhaps had just gone wide and come back on the track further up the road.

“I was looking out for the gravel on the track and for a car on the track, but there was nothing there so I continued. Then I saw as I was going into, I think it was to Turn 6 that Valtteri was much further to the left. It happened pretty quick and [there was a] pretty big puff of dust,” added the reigning World Champion.