Stroll: There’s a bright future ahead for Racing Point 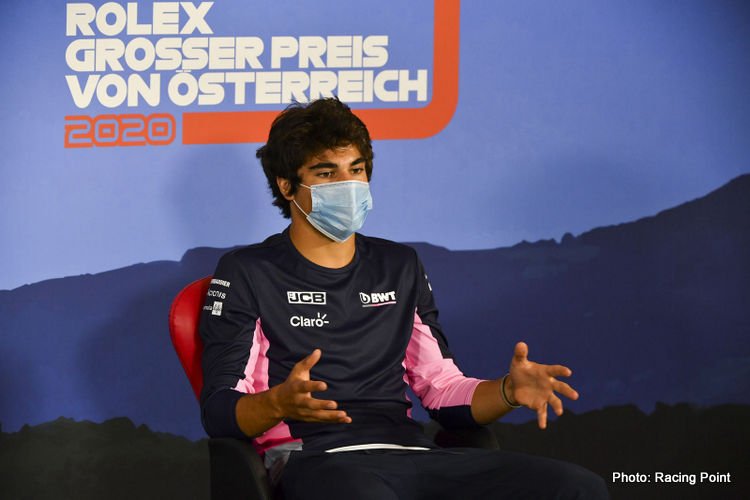 Racing Point driver Lance Stroll said that the team has a “bright future ahead”, as Formula 1 returns to action in Austria.

Lance’s father Lawrence Stroll saved the team from financial collapse midway through the 2018 season and will re-badge them as Aston Martin from the start of next year.

The Silverstone outfit looked to have made significant improvements during testing after basing their design on the 2019 Mercedes and Stroll said the team are fully focused on the new season.

“The team is in a great place. There’s a lot of things to look forward to. There’s a bright future ahead in my opinion and that’s very exciting for everyone. I think the energy in the team is better than it’s ever been. People are really looking forward to the future. But we’re here right now, we’re in Austria, it’s great to be back racing and we’ve got a big season ahead of us. My sights are set on this season.”

Driving alongside Stroll during the 2020 season will be Sergio Perez and he said that the move to become Aston Martin, alongside the new cost cap, will stand the team in good stead.

“Certainly the team is in a good shape, in a good position for the future,” he said.

“I think everyone saw what we managed to do in the past, with such a limited budget that we had. We were extremely successful. So I think now everything is ready in the team to welcome Aston Martin and definitely to make the next step. It has to be a huge step, obviously, to fight with the top three, with the big teams. But with the cost cap in the budget that should bring everyone more together and hopefully, well, I have no doubt that we will be able to challenge them.”