Latifi: Now I can say I am officially a Formula 1 driver 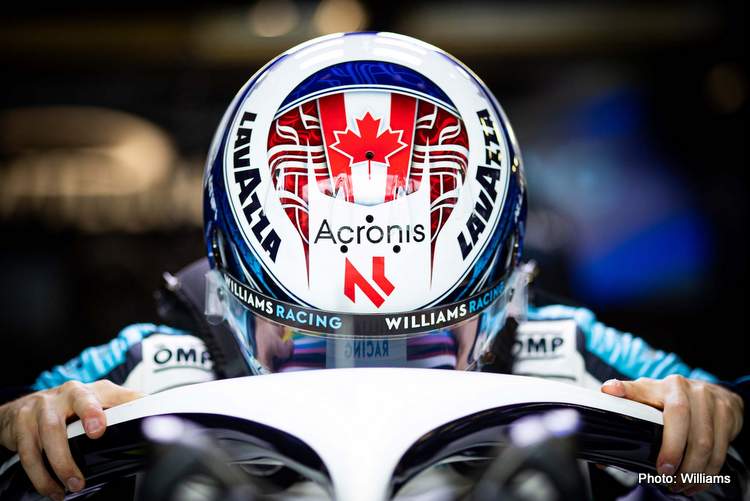 On Friday after the first free practice of the Austrian Grand Prix practice, Nicholas Latifi declared himself a proper Formula 1 driver after the Canadian rookie finally made his first-ever FP2 session appearance ahead of his Grand Prix debut on Sunday.

The 25-year-old Williams driver had taken part in 11 previous FP1 sessions to gain experience but the Red Bull Ring season-opener was the first time he did not have to hand back the car to someone else at lunchtime.

“I really enjoyed being back in the car,” said the 25-year-old, this year’s only newcomer on the grid, after lapping 18th fastest in the first session and ended last on the timing screens in the second stanza.

“It was the first time I drove in an FP2  session so I was joking around, I said ‘Now I can say I am officially a Formula One driver’.

“It was a bit mixed overall… but I felt pretty comfortable actually getting straight away up to speed and gradually chipping away at it.”

Latifi has had to be patient for his debut, which should have happened in Australia on March 15 only for the Melbourne race to be cancelled when the COVID-19 pandemic reached the paddock.

He has filled some of that time with esports racing in virtual grands prix.

Even if only two letters separate Austria from Australia on paper, Latifi told reporters on Thursday there was a world of difference between a debut Down Under and at a Red Bull Ring without spectators and restricted media presence due to the novel coronavirus.

Austria is also the only circuit he has driven on every year since he started racing cars.

“This is a much easier environment to make my debut because it´s a track I know, because we´re not going to have as many of the media and fan commitments that you would normally have

“The hype for sure was definitely more going into Australia but that´s not to say that my excitement and motivation is not equally as much,” added Latifi.