Inside Line: My birthday wish for Seb is Aston Martin 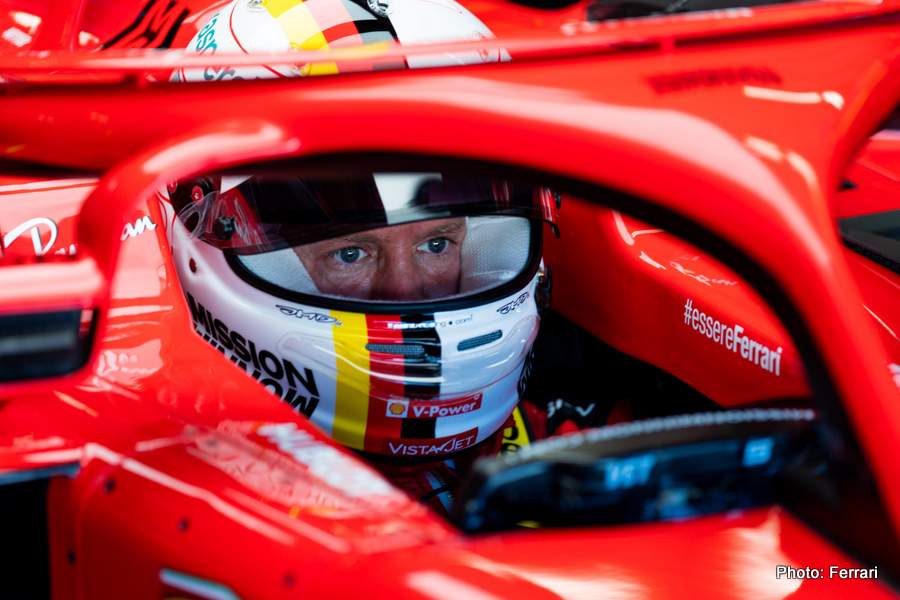 Happy Birthday, Sebastian Vettel! The four-times Formula 1 World Champion is 33 today and my birthday wish for him is that he inks a deal to be an Aston Martin driver next year, he is far too young to quit and too many Netflix episodes in him to depart.

This piece could be entitled: “If I were Lawrence Stroll I would sign Seb immediately!”

Let’s peel away Seb’s options by ticking Ferrari off that list as well as McLaren, both were quick to shuffle drivers and when the dust had settled Seb was left standing with Carlos Sainz ensconced at Ferrari and Daniel Ricciardo seated at McLaren.

Despite the hype, Seb is unlikely to go to either Mercedes or return to Red Bull. I just don’t see Lewis Hamilton and Max Verstappen allowing the German into their domains. Tick those off the list.

Renault. They are actively flirting with Fernando Alonso, the architect of their two titles back in 2005 and 2006. The Spaniard itching to be back in F1, and Renault needing a miracle to turn their project into a winning package under the stewardship of Mr Under-delivery Cyril Abiteboul. I digress, this is about Seb…

Tick the French outfit off Seb’s shopping list because he is shopping, trust me.

Williams, Haas, Alfa Romeo, Alpha Tauri are hardly going to increase his tally of 53 grand prix victories and unlikely to have ever been on his shopping list.

But one option with a fat circle around it is Aston Martin, calls will be made if they have not already happened between Lawrence and Seb, with Aston Martin investor Toto Wolff perhaps joining in on a conference call or two.

The billionaire has realized his dream to get his lad into F1 at any expense, Lance is there. But in doing so by design, or not, Lawrence and his mates (Toto included) find themselves owning an iconic car manufacturer; and considering the cash that’s flying into the project, it is clear, this is now beyond his son living the F1 dream.

This is a serious business which, if it goes pear-shaped, will dent Lawrence’s massive fortune but, more than anything, his reputation as a businessman with a golden touch will take a hammering. What might have started as a labour of love is now much more than that.

Already the Mercedes synergy is evident, “pink Mercs” were the buzz words during Barcelona testing, it’s a B-team for the Silver Arrows just as AlphaTauri is for Red Bull and Alfa Romeo is for Ferrari. No problem there.

Next year, the team that Eddie Jordan started decades ago, now Racing Point will morph into Aston Martin. That’s a big statement from the new owners.

F1, where they will go up against their sportscar showroom rivals where there is nowhere to hide. The brand has gained F1 pedigree on the back wing of the Red Bulls. Next year they will own their own show.

Who best to spearhead this new chapter for the ambitious new owners of Aston Martin: Step up Sebastian Vettel.

The four-time F1 champ, still a top gun of this era, only 33, has a point to prove and (cue poetic license) defects Ferrari to step into the car that James Bond made famous. Marketing brownie points galore for smart spin-doctors to tuck into.

Seb brings unprecedented experience and would add substantial status to the team that has been a perennial midfield outfit throughout its history. With close Merc input, this is set to change, keep an eye on the Pink cars this season and, with Seb in the seat, there will be an obligation to provide him with the tools.

Furthermore, should Mercedes decide to step out of F1 in the future, after all, what more do they have to prove after they win 14 titles in seven years, it will be downhill soon. So, when chiefs at Stuttgart decide to pull the plug expect the team that Lawrence built to become their prime engine customer.

Indeed this will be expensive in terms of salary, but Lawrence is smart and a few shares thrown in, as a sweetner,  plus a results-based contract could do the trick, and for Seb that would be his project for life. Directors would no doubt welcome the champ to the board.

If not happening already, I would be surprised if this opportunity is missed by people far smarter than I. And this is not based on any inside info, but simply a basic process of elimination logic which simply suggests a viable path for a driver that F1 sorely needs… and Aston Martin too.

What happens to the current blokes? Lance will stay of course.

I hate to say it but Sergio Perez will have to be ditched to make way for the above to happen. The nature of billionaires like Lawrence (and his loaded mates) is to want the best for whatever they do and Seb is that. Money talks. Enough said.