Horner: We’re after some clarification about DAS 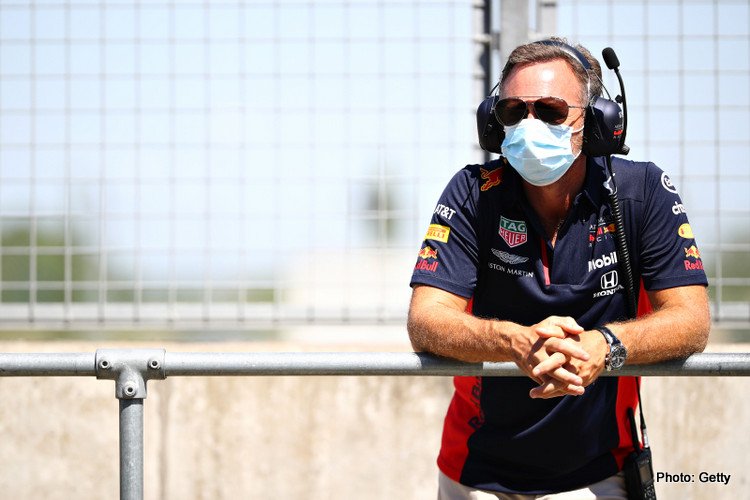 The system, which allows Mercedes’ drivers Lewis Hamilton and Valtteri Bottas to change the toe angle of their front wheels by pushing and pulling on the steering wheel, has proved controversial since its first appearance in preseason testing.

And while a protest at the first race of the 2020 Formula 1 season in Melbourne was averted by its cancellation, Mercedes have shown up to the new opener in Austria with the system still on their cars, with Horner suggesting he will lodge an official enquiry with the FIA.

“First of all it is a very clever system, and so all credit to the ingenuity behind it,” he told Sky Sports F1 during the broadcast of Free Practice 1. “I think the fundamental question for us is does it comply with the regulations?

“We’re after some clarification from the FIA as we have some questions about it.”

Reportedly, DAS could face a protest on the grounds it breaches F1’s parc ferme regulations by allowing Mercedes to change the set-up of its car after the start of qualifying.

However in the event it is deemed legal, Horner hinted it was possible it could soon appear on the Red Bull too.

“Everything has to earn its place on the car,” he said. “It’s a clever system but these rules are so complex… it’s just understanding which part of the regulations it fits in to.”