Binotto: The pandemic changed our situation with Seb 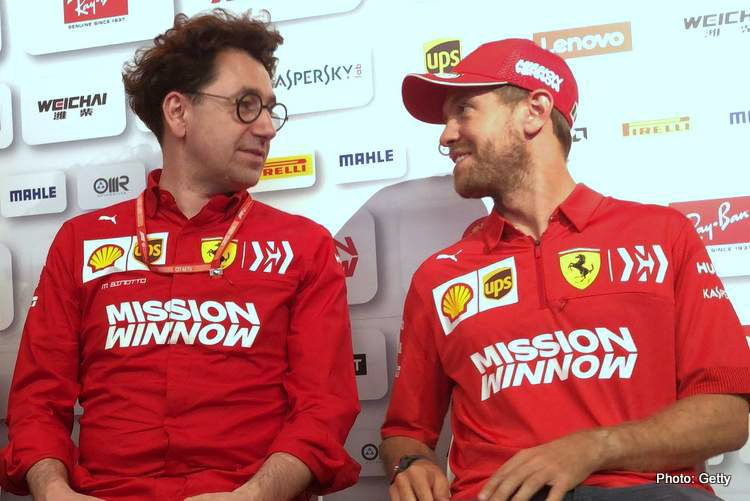 Announced in May, Ferrari and Vettel are to part-ways after the end of the 2020 Formula 1 season after being unable to agree on the terms of a new contract.

And while Vettel said in yesterday’s drivers’ press conference that he never received a formal offer, Binotto maintains he didn’t deceive his driver.

“Certainly we have always said to him during the winter time privately and publicly that he would have been our first choice, which I confirm,” Binotto told reporters on Friday in Austria.

It’s normal that during the winter time many drivers ask us if there are any opportunities to drive for Ferrari, so we have certainly been contacted.

“That didn’t change our position, so Seb was our first choice.

However as Binotto explains, the changing circumstances forced on the Scuderia by the coronavirus meant a decision was taken without giving the German a chance to prove himself.

“But since then we’ve had the pandemic that’s changed our whole world, not just motorsport and F1. The budget cap has been changed by quite a lot, and is a lot more strict, the regulations have been postponed from ’21 to ’22, which somehow was something important for us.

“Cars which have been frozen, or almost frozen, for 2020 and ’21. So let’s say the entire situation has changed.

“In addition, the season could not start, so Sebastian had no opportunity even for Seb to be back on track to prove how much he was really motivated to drive for Ferrari, which has been unfortunate for him.

“During the shutdown, we as Ferrari had to rethink our position and we made this decision for which we are responsible. We communicated it and I heard that he was surprised.

“While he accepted our decision I would say even today he’s not fully happy with it, which again I would say is something which is normal and obvious.”