AlphaTauri: We significantly improved in the afternoon 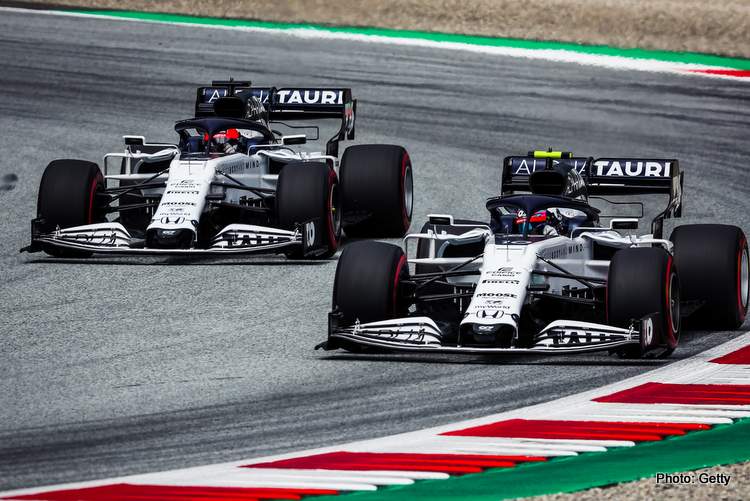 AlphaTauri were, like their big brother Red Bull team, somewhat subdued on the first day of their own race, the 2020 season-opening Austrian Grand Prix, with both their drivers outside of the top ten in the afternoon session.

Daniil Kvyat: “FP1 was a tricky session for us today. We were not that satisfied with the window the car was in, but I felt happier in FP2 as we were able to improve the car and make a step forward. We still have some work to do overnight but I’m positive that we will find what we need to improve the car still further for tomorrow.”

Pierre Gasly: “I’m very happy to be back in the car after such a long break. It was an exciting day and we managed to do quite a few laps. In terms of performance, we knew it was going to be quite difficult, because I think we are still discovering the car and trying to understand what exactly we need from it.

“Unfortunately, I couldn’t do a clean lap on the Options due to traffic, but Dany was ok, so we’ll have a lot of things to analyse after today and try to put everything together for tomorrow’s Qualifying.”

Guillaume Dezoteux, Head of Vehicle Performance: “Today we had a difficult first free practice, during which we had a few operational issues and we also struggled with finding a good car balance. The weather didn’t help either, with a damp track at the start.

“After a number of set up adjustments in between the sessions, we significantly improved the car in the afternoon and the drivers were happier. But we are still lacking some front-end grip in the third sector, which is very demanding on the front tyres.

“We need to analyse all the data and understand where we are in terms of competitiveness. The midfield looks tight again, so we have to optimise every aspect of the car to be able to fight for the top places.

“Finally, it was fantastic to be back racing and I must say that the constraints added by all the health and safety measures have not been too distracting and we were able to operate almost normally.”