Alfa Romeo: We are still missing something 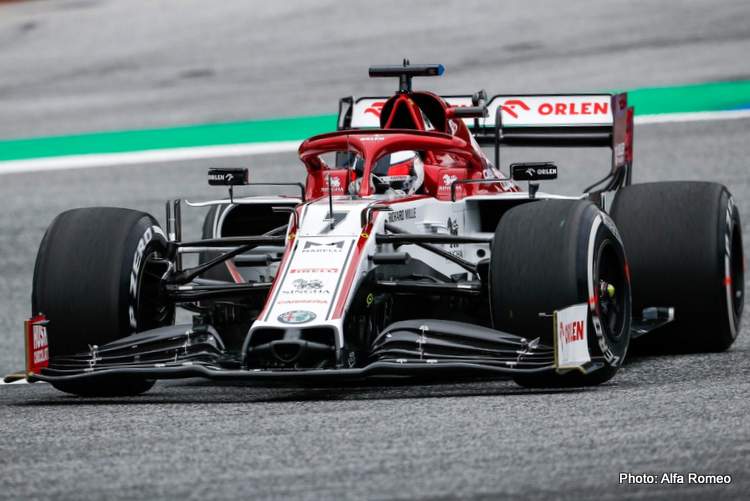 215 days since we last saw our team in action during a competitive race weekend session, Formula One is finally back.

At 11:01:49am this morning, Antonio Giovinazzi drove his Alfa Romeo Racing ORLEN C39 out of the garage and into the Spielberg pitlane, followed by Kimi Räikkönen a few moments later, marking the end of this seven-months wait and kick-starting the 2020 season for the team.

All of a sudden, it felt like the break never happened. Muscle memory kicked in; the voices on the radio sounded familiar; we were back, we were racing.

Free Practice won’t ever give us a clear indication on what awaits us in the first of these two Austrian races. For that, we will need to wait a little longer. For now, let’s just enjoy this feeling. We are back, and we are back racing.

Kimi Räikkönen: “Getting back in the car didn’t feel too strange, it was a fairly normal Friday. We were trying things in the car, figuring out what works well and what doesn’t to develop the best setup for the rest of the weekend.

“In the end it wasn’t the easiest day, I had a little off but it didn’t cost me much time; and we have something to work with for tomorrow. It’s way too early to say where we stand today, we will need to wait until the end of qualifying to have a clearer picture.”

Antonio Giovinazzi: “It was really nice to be back in the car after this long break. I spent a lot of time in the simulator, but nothing matches the feeling of being in the real car. The day was quite positive and we managed to do all the tests we wanted today; of course.

“We are still missing something compared to the top ten but we will work hard tonight to bridge that gap. As always, it will be a matter of putting everything together, especially in qualifying. We are here to give our best, to try to get a good result and score points.”