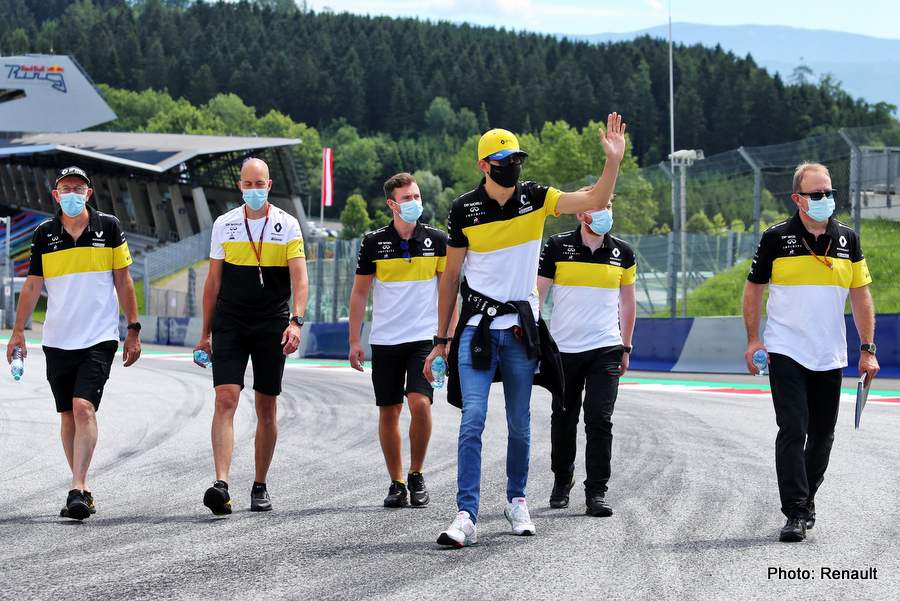 Renault head to the 2020 season-opening Austrian Grand Prix well prepared for something they have never experienced before in Formula 1, or anywhere else for that matter.

Racing is finally happening, albeit behind closed doors, and of course, unprecedented health and safety measures that has forced every team to review and implement the required protocols for the event to happen. It will be a very different paddock to the one that set up camp in Barcelona earlier this year for testing, let alone a normal grand prix weekend.

Alan Permane, Renault sporting director, explained, “There have been a lot of exchanges with F1 and the FIA over the past two months about how to return to racing safely. All travelling staff have been Covid-19 tested and there are many codes of conduct in place to enable us to race safely.

“The biggest challenge was getting everyone here and working safely in the garage. We have issued staff with guidelines, protective equipment and will keep people isolated in various groups. We are optimistic about going racing and look forward to everything trackside.

“Getting back to the circuit with the sights, sounds and smells plus looking at the stopwatch again … having the build-up throughout the weekend until the race… there’s nothing quite like it,” added Permane.

Rob White, the team operations director at Enstone elaborated, “As soon as we knew the final shutdown period we shaped the measures required to bring the factory ‘back to life.’ We understood we had to make widespread changes. We had to reduce the occupancy so a large amount of the workforce now works mainly or partially from home.

“Getting people to work from home efficiently was a massive piece of planning undertaken by IT. They moved us from a fairly conventional organisation with a pretty low rate of home working to a majority. Where it isn’t possible to work remotely, we have reduced the occupancy by introducing a cohort system and splitting people into groups and sub-groups.

“There have also been physical changes on site to achieve distancing. Where people are working full time we have reorganised the work place. We have declared red zones where face masks are compulsory, we’ve introduced one-way systems and placed a lot of signages to be as clear as possible.

“We’ve facilitated the way everyone is working to minimise contact. Other measures include a new policy for visitors, and staff health self-assessments.

“The Viry site reopened a couple of weeks before Enstone, which was a source of information and inspiration. The practical measures are very similar. Our protocols are clear and we believe we can work very effectively.”