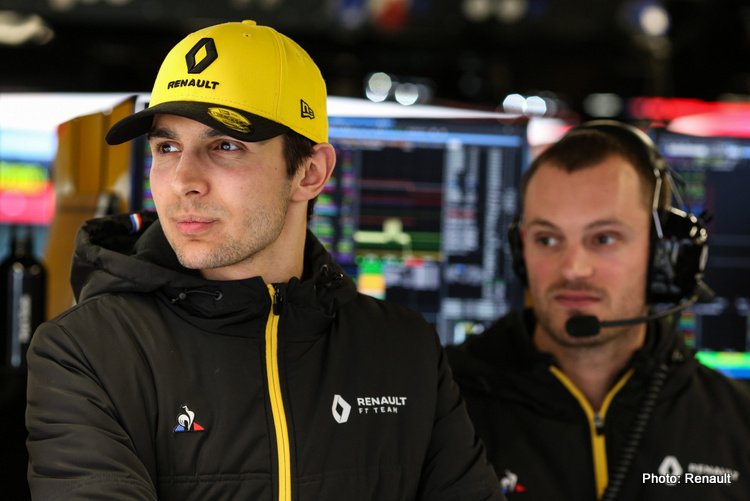 After 18 months away from Formula 1, Esteban Ocon says he is more than ready to race when he returns in Austria this weekend.

After driving for Manor and Force India over two-and-a-half season from 2016-18, Ocon was forced to watch from the sidelines in 2019 as his seat at the Silverstone outfit was taken by Lance Stroll.

Formerly a Mercedes junior, Ocon was considered to partner Lewis Hamilton at the Silver Arrows in 2020, before they ultimately opted to retain incumbent Valtteri Bottas.

Now the Frenchman has moved to Renault, and while he should have made his return several months ago, the hiatus induced by the COVID-19 pandemic has required him to wait a while longer.

“It’s been so long that I’m waiting,” Ocon admitted to journalists in a conference call this week. “A year and a half is just crazy, it seems like everything is going against me for me to restart.

“It’s been way too long to wait. Last year was very difficult, this year is different, a different feeling.

“I’m at a great team, I’ve a great challenge ahead with a competitive car, and I look forward to restarting.

“I knew what I was working for, how much I wanted it, and I’m hungry to restart.”

Since preseason testing ended in February, Ocon’s only chance to drive a F1 car came two weeks ago when he tested a 2018 Renault at the Red Bull Ring, an experience the Frenchman says has him in good stead for this weekend.

“I felt good restarting in the car last week. It’s been so cool to get back to a real track after spending so much time doing Esports.

“Getting back to the real track felt awesome. Going out of the garage is a special feeling after such a long time.

“It didn’t take me long to get back up to pace. I felt good, I felt sharp, I felt quick, so definitely ready to restart in Austria.”

As to the car he will be driving in Spielberg, Ocon indicated he expected the R.S.20 to have made a step forward since its last outing.

“There has been a lot of work going on before the factory was shut down,” he explained.

“The car is going to be very, very different to the one we were supposed to drive in Australia, which is also crazy, because some of the parts we will never have driven.

“That’s exciting. It’s going to be a hell of a data gathering [session] on Friday to see where we have improved, how everything is going to feel, and for us getting back to speed in the 2020 car.

“It’s going to be very different, but I look forward to it.”