Marko: AlphaTauri will always be behind Red Bull 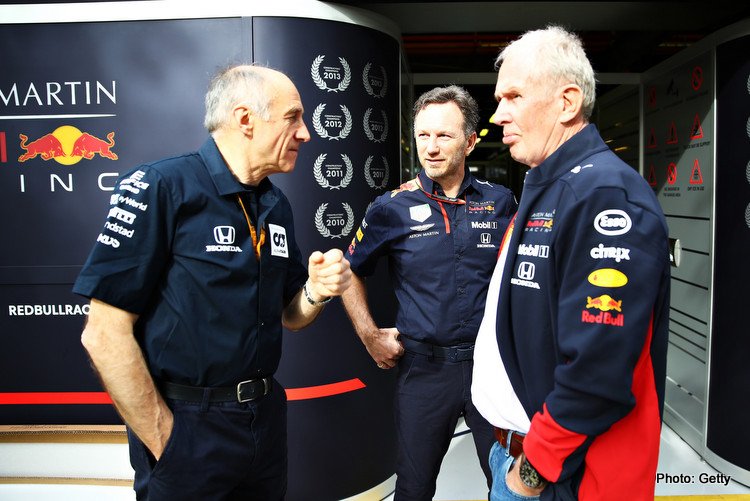 AlphaTauri will never compete on the exact same level as Red Bull despite the synergy between the two Formula 1 teams, says Helmut Marko.

Despite his proclamation in February that the former Toro Rosso had been “upgraded” from junior to sister team, Marko does not see a scenario in which he could have two title-contending teams, even if the impending $145 million budget cap for 2021 means the energy drinks company will have to re-allocate some money away from their flagship team.

“In theory, a good idea, unfortunately not feasible in practice,” he explained to Auto Motor und Sport. “Despite all the synergy, Alpha Tauri will always be behind because we are not able to serve two teams at the same time.

“With the reduction in personnel, this becomes even more difficult. Thanks to its technical equipment, Red Bull is able to implement development steps much faster. That alone leaves Alpha Tauri behind.

“We have certain advantages with two teams, but they are nowhere near so big that Alpha Tauri could become a winning team.”

Under the budget cap, it is expected the Milton Keynes-based Red Bull will have to make a significant reduction in its staff size, but Marko maintains this can’t simply be re-allocated to the Faenza-based AlphaTauri.

“After all, we want to make Alpha Tauri a profitable business. That’s why we’re going to phase out Alpha Tauri’s operation in England.

“In the medium term, we will only have one wind tunnel. Priority in terms of usage will then of course be given to Red Bull first.

“And then there is the problem with the two locations in England and Italy. The Englishman is not moving away from his island so easily.”