Cows instead of fan campsites at Red Bull Ring 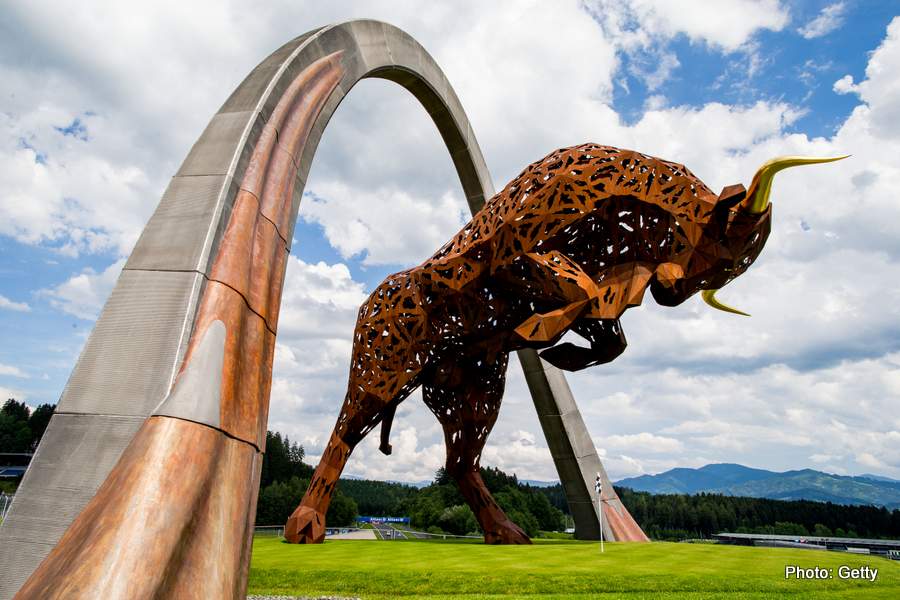 The signage outside the Red Bull Ring declares ‘Welcome Race Fans’ but none were to be seen on Wednesday as the Austrian circuit prepared for Formula 1’s first Grand Prix without spectators.

Cows grazed in a field that normally serves as a crowded campsite near to the circuit, while workers carried out tasks around the track.

There were no tents, no fans and no curious bystanders other than some local cyclists going for a spin along the road outside.

A small thunderstorm broke in the evening over a deserted paddock stripped of the usual palatial motorhomes that the teams use to entertain guests and sponsors and to feed their staff in shifts.

None will be needed this weekend as the sport gets to grips with a ‘new normal’ following the COVID-19 epidemic that has forced a delay of more than 100 days for the season to get going.

Sunday will be the first time that Austria has hosted a season-opener and the race will also be the latest start date to a championship.

The 10 teams were flying in on charter planes to the private terminal at nearby Zeltweg airport, from where they went directly to isolation in hotels before the routine of transfers to and from the circuit.

Formula One will operate in ‘bubbles within bubbles’, the teams keeping apart from each other and the outside world and also working in various sub-groups to minimise the risk of contagion.

All tested negative for COVID before departure and will have to undergo tests every five days for the next three weeks with two back-to-back races in Austria followed by a trip to nearby Hungary.

The drivers will face the world’s media on Thursday via virtual news conferences, with all but a small contingent of permanently accredited reporters participating from afar.