Verstappen: It will be very different without the orange army 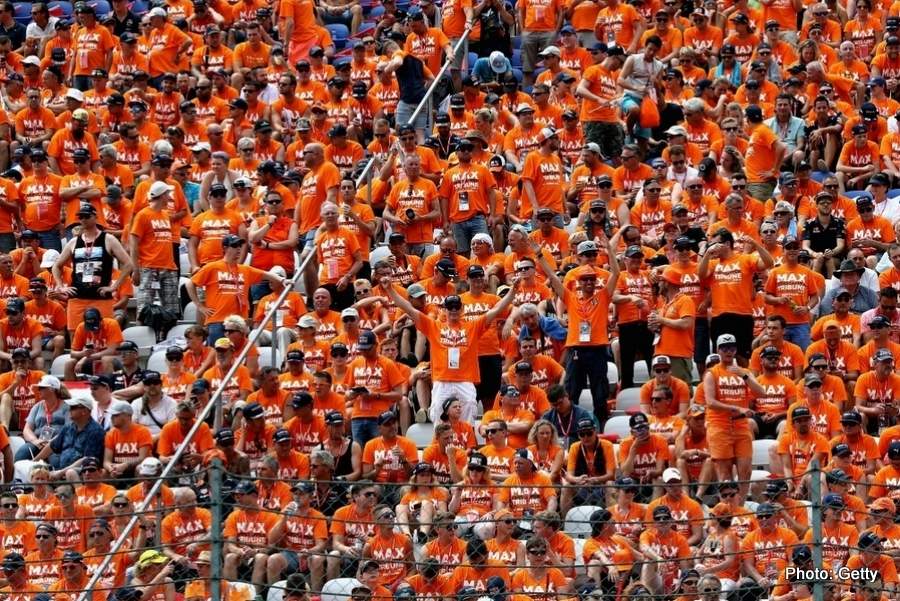 If there is anyone that could take the fight to Mercedes and Lewis Hamilton this year it is Max Verstappen and the Red Bull powered by Honda with the opening two races doing their campaign no harm.

One could argue that the Blues get a head start with two races on home soil, at Red Bull Ring where Max has done the business on two occasions for the team at a venue that happens to be the labour of love of billionaire Dietrich Mateschitz, who happens to own the team and the track, among many other things!

Ahead of the latest season opener in F1 history, as well as the longest off-season ever, Max is fired up for the six months that lie ahead and clearly intends to hit the ground running with a title tilt high on his agenda provided he is given the tools to do the graft.

The last time you were in the RB16 was in February at winter testing in Barcelona. Is this the longest you haven’t raced for since you were karting?
Max: It has been really weird that I haven’t been able to drive in such a long time and It’s the longest it’s been since I started karting. Luckily, I have a simulator at home and as you’ve probably seen, I have been using that a lot during the shutdown period. I’m glad we can get back to racing now but this time has been very challenging for so many people, so we have nothing to complain about at all.

Are you excited to get back on track later this week?
Max: Yes definitely. It will be weird without fans but I really want to get back in the car and be as fast as possible. My training in the lead up to the race has been better than ever because I have had so much free time. I’ve had about six full weeks of training and I feel in even better shape now than I did before Australia. It’s also great that we have the first two races of the season at our home track and it will be a special moment for sure.

How much will you miss the “orange army”, especially in Austria?
Max: Of course, it’s going to be very different without the orange army and it’s going to feel a little strange. There are usually so many great Dutch fans in Austria. I have lots of good memories from that track, I remember looking up at the fans at the end of the race last year and they were all standing up and cheering, it was crazy. It gave me an even bigger smile after the win. It’s a shame we don’t have that this year but we will try and put on a good show for everyone watching at home on TV.

You have two attempts to win the Austrian GP this season. Do you think that is possible in the RB16?
Max: It’s been such a long time since I drove the RB16, at the time it felt good but there’s always room for improvement, I always want to do better. The Team have been working really hard in the lead up to the race and there will be upgrades to our car, but all teams will have those so it’s not clear where anyone is at the moment. The weather conditions in Austria can also change quickly so that will play a part in the results. I will just focus on what is happening at the track and making sure we get the best performance out of the car.

What would a hattrick at the Red Bull Ring mean to you and do you consider yourself as a favourite?
Max: I would prefer to win a Championship! I don’t really think about a hattrick, the most important thing for me is to have a competitive car and perform at my best. I never consider myself the favourite because actually when you look at the track it’s not even our best track, but last year, of course, it was very warm. We were really good with keeping the engine cooling down. So I don’t expect it to be an easy win, I think Mercedes again will be very strong. Who knows where Ferrari will be as well, so no, it will be a very hard and tough battle again to win that race, but we’re going to try.

There are a lot of races in a short timeframe this season. Do you like that and is the intensity of that pressure good for you?
Max: You are away a lot of course and you can’t go home in between races, which is going to be difficult especially for the team members with families. I don’t really think about it as pressure though as it is what we love and what we are here for.

How do you feel about having back to back races on the same track?
Max: Well it depends how the first race went, but of course, it makes it a lot easier for everyone not having to travel somewhere else at the moment. Everybody knows the track; everybody has done a lot of laps. So it will be very close and the differences will be very marginal, but yeah, it’s good a thing too if you issues in the first weekend to try some new stuff on the second weekend. It’s going to be really different, but in a way it’s maybe good to learn more about the car in the early races.

Is 2020 the first real chance for you to battle for the Championship?
Max: I hope so, it’s so hard to say. One thing I know for sure is that we will do everything we can to fight for it. Mercedes are still the ones to beat, because they have been the dominant team for so long now. They are still very strong and will be hard to beat but as a Team we learnt a lot over the last year and I really think that we are stronger. We’ve got some good races coming up this season so I will, of course, try to close that gap and hopefully we can make it difficult for them, it will be a good challenge to try and beat them.

Honda have been working hard over the winter, do you think they have done enough to close the gap?
Max: Honda for sure worked very hard over the winter again and it all looked very solid at testing in Barcelona. Our top speed looked decent, so I’m very happy with the work that has been done. Honda are very motivated and want to fight for the title like we do.

To help get you in the mood for the season opener we are taking a look back at some of our favourite Austrian moments… 🇦🇹🤘 #AustrianGP pic.twitter.com/nPJ4UJsMRN