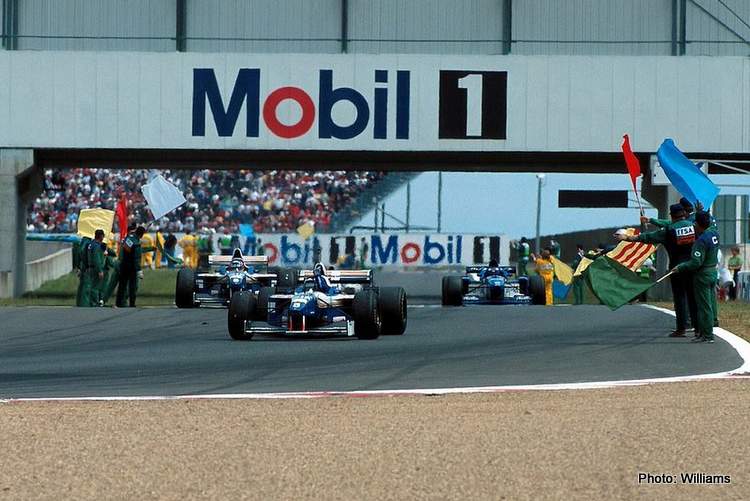 The end of June, Formula 1 family affair continues on to the 30th too.

Jim Clark won the French Grand Prix driving a 1.5-litre V8-powered Lotus 25-Climax
Reims in 1963. Tony Maggs was second in a Cooper-Climax, while Graham Hill recovered from starting from the back and incurring a minute penalty for a push start, after his BRM stalled on the grid.

Thirty-three years later, Damon Hill fully made up for his dad’s issues when he won the 1996 French Grand Prix of from Williams-Renault teammate and another second-generation grand prix world champion, Jacques Villeneuve and Jean Alesi’s Benetton after pole man Michael Schumacher’s Ferrari engine failed on the formation lap.

Yet another lad who’d go on to become a second-generation world champion, Nico Rosberg won a 2013 British Grand Prix perhaps better remembered as a tyre failure catastrophe that affected home hero and pole man Lewis Hamilton, among others. Mark Webber was second in a Red Bull ahead of Fernando Alonso’s Ferrari.

And another son of a grand prix racer, Max Verstappen’s Red Bull RB15 controversially barged past Charles Leclerc’s Ferrari to win the 2019 Austrian Grand Prix to take Honda’s first F1 win of the turbo 1600 era. It was the first race of that season not to be won by a Mercedes, but Valtteri Bottas still put his Merc onto a podium third.