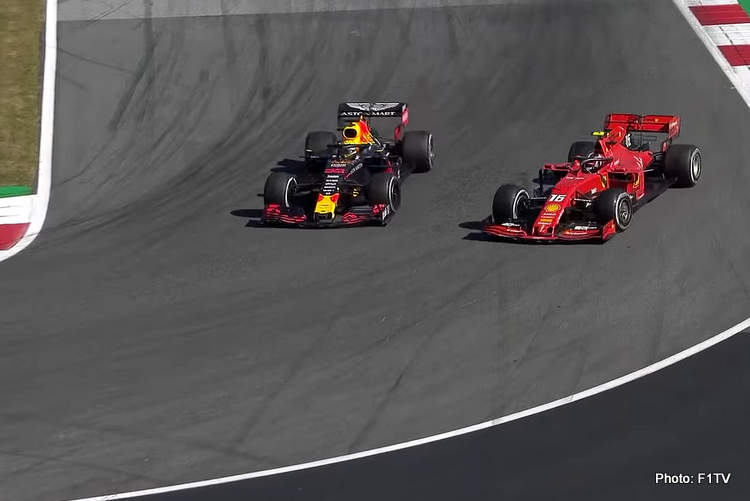 Charles Leclerc has admitted that he became more aggressive in his driving style after the 2019 Austrian Grand Prix where he was overtaken in the closing laps by Max Verstappen.

The Ferrari driver led the race from pole position and seemed destined to secure his maiden win in Formula 1, only for the Red Bull racer to pass him with a bold move a few laps from the end.

Despite the stewards taking a look at the overtake Verstappen was able to keep the win, but Leclerc feels he learned from the experience and changed his approach as a result.

“Those of Austria are not that great memories, I lost the victory a few laps from the end,” he told Sky Italia.

“I learned a lot from that race, I changed my driving style a bit, I made it more aggressive – however we wouldn’t have won it anyway because we weren’t fast enough. We hope we can change this year and do better. It will be difficult, we must keep our feet on the ground, the start of the season with the tests was not easy, we must not forget it. We will work and see where we are.”

Leclerc’s Ferrari team looked to be lacking pace in pre-season testing and many expect that Mercedes and Red Bull will provide the Maranello-outfit with stern competition, as they look to win their first world championship since 2008.

However, the Monegasque driver said the team are simply focused on getting the best result possible.

“The goal is to seize all the opportunities that we will have and get the best possible result,” he said.

“I can’t know the result and I can’t make predictions, but we are waiting for Austria to really see where we are. I like and am happy with the tight schedule . Of course, it will be difficult: it is not known if we will go home among the GPs and it will be tiring. But I miss running so much that I am fine.”