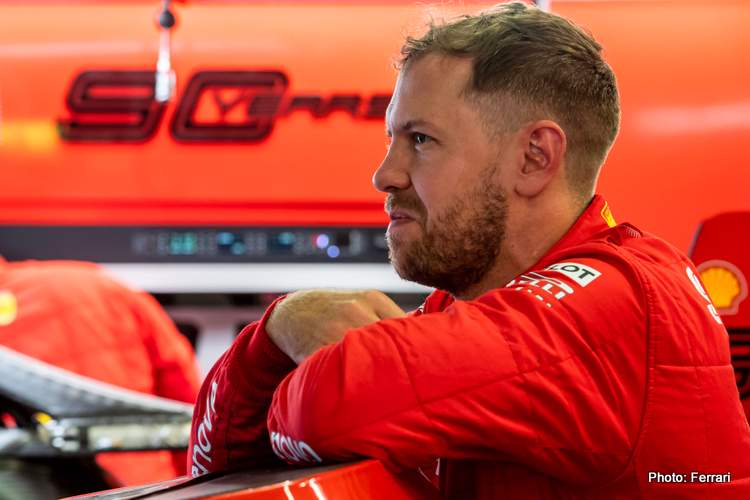 Sebastian Vettel’s impending departure from Ferrari could be just the impetus he needs to regain his racing best, says Formula 1 pundit Martin Brundle.

Unable to agree terms on a contract to extend his stay in Maranello past 2020, the four-time world champion will be looking for pastures new next season.

And while it is currently unclear where the German is headed in 2021, Brundle thinks his immediate future could be very bright indeed.

“I think Vettel will fly, to be honest,” he told reporters in a virtual press conference. “In the past, he has given very little attention to team orders with him and [Mark] Webber at Red Bull, and him and [Charles] Leclerc at Ferrari.

“He will have no interest in that, will he? He’ll be driving for himself. There’s no doubt about that. Whether he fancies staying in F1? I’m sure he probably does. Does he fancy a works Renault drive or something of that ilk? That remains to be seen.

“But I think he’ll be mighty. I don’t think he’s lost any speed. I think he might have lost a little bit of judgement in close combat, but I think it’s going to be fascinating. Quite clearly Ferrari will favour their man for the future, Leclerc, but then many would say they did last year anyway.”

At the same time, Brundle acknowledges that it could be difficult for Vettel in the Ferrari garage.

“What’s really bizarre about this year is this has all happened before the season starts, effectively,” he said. “Normally, we would find out about these kind of moves two-thirds of the way through the season.

“You walk into the garage and you’re a bit persona non grata because they don’t want you to know anything for the following year.

“It’s just little things. People look down, people look away. You’re on an exit route,” he said. “You just don’t get that when you first join the team. You turn up at the factory, it is exciting and everybody’s pleased to see you. You have the seat fit, and it’s all about potential, it’s all about the future.

“When you’re on an exit route, then it’s just slightly uncomfortable. And you’ve got to wade through that. I think the fact that the races are coming thick and fast will help in that respect.

Also on in the conference was Brundle’s colleague and former F1 competitor Johnny Herbert, who expressed similar sentiments.

“I think it’s probably not a bad position to be in, because he’s got no pressure on his shoulders, which I think was always part of the problem.