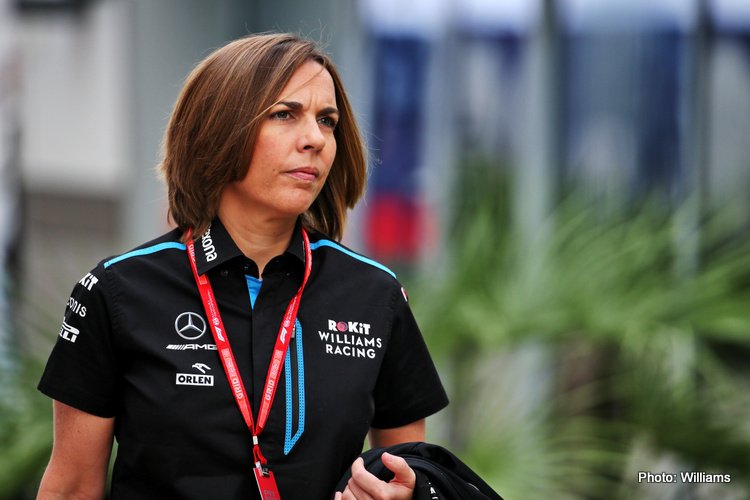 The Williams Formula 1 team will be able to revive its flagging fortunes if it secures outside investment, says deputy team principal Claire Williams.

After two straight seasons as F1’s cellar-dwellers, the team announced in May it was considering financial relief measures up-to and including the sale of the whole company.

Now in an interview with Autocar, Williams and CEO Mike O’Driscoll have shed further light on their plans to resuscitate the nine-time constructor’s world champions.

“We started talking about the need for new investment last year,” revealed Williams, “before the [COVID-19] virus was even on the horizon. We decided that if we were ever going to punch our weight again we needed support beyond what we could raise from the F1 prize fund or sponsorship.

“Our overriding desire is to find the best outcome for the team. If that means a full sale, it’s okay. If it means sale of a majority as a path to a full sale, so be it. Or if it means someone wants to come in and work alongside us, that’s fantastic.

“We could probably scrabble the funds together to keep going, but we’ve been doing that for too long. It’s time for change.”

Without significant outside backing since BMW pulled their works-team status at the end of the 2005 season, Williams have managed just one victory in the past 15 years, when Pastor Maldonado came out of nowhere to win the 2012 Spanish Grand Prix.

However with a radical overhaul of F1’s sporting and technical regulations on the horizon (which itself was further helped by crisis talks amidst F1’s hiatus), Williams believes success could soon be within reach again.

“The current situation is completely changed by the new regulations,” she said. “And funnily enough, the ante has been upped further by the way the virus has affected us all. We’ve come together to realise we have to do a better job of creating parity within the sport and of getting costs down.”

“Until now, being an independent hasn’t made a whole lot of sense. But we believe, and thankfully so do the new administrators, that doing your own design and engineering should not be allowed to be a disadvantage.”

As to the team’s immediate future with racing set to begin next weekend in Austria, Williams has labelled the team’s 2020 challenger, the FW43 as “much more solid” than its predecessor, adding that keeping apace with midfielders Haas and Alfa Romeo would be “a good start” in the team’s quest to return to prominence.