Alfa Romeo: The season start is, actually, a restart 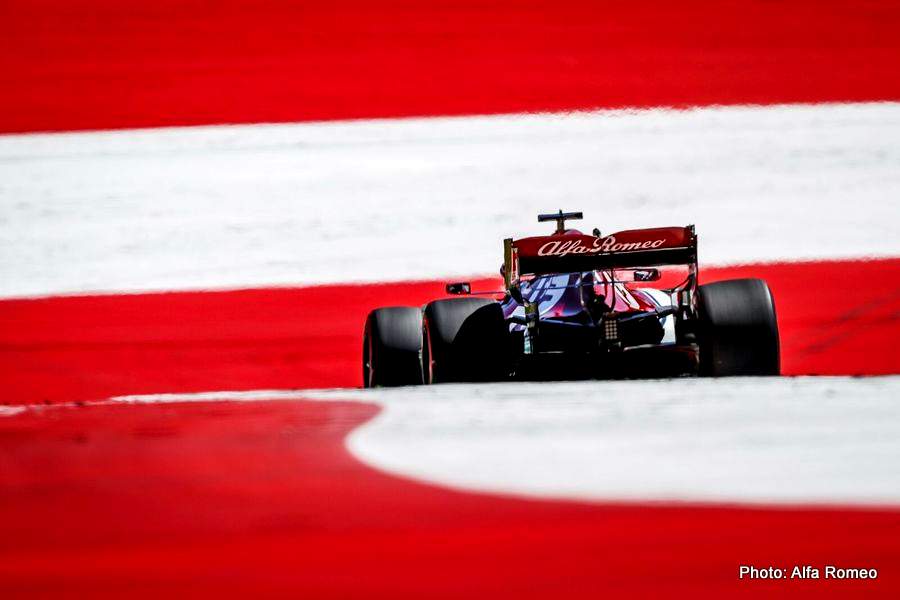 Formula 1 is ‘playing it again Sam’ as they prepare for the second season-opening Grand Prix (the Australian nearly happened remember, ?) with Alfa Romeo as well as their drivers Kimi Raikkonen and Antonio Giovinazzi gear up for the latest and strangest start to a season in the sport’s history at Red Bull Ring in Austria this weekend.

Every season start is painted as the harbinger of change: the new cars, on which hopes and expectations are pinned by teams and fans alike; new venues to explore; new weekend formats with which to experiment. But what happens when the season start is, actually, a restart?

The 2020 season will always be remembered as one in which the world of Formula 1  – and, of course, the world at large – got turned on its head. In the light of the Covid-19 outbreak and the suffering it brought, sport, no matter how loved, took a secondary role: but as the planet starts re-emerging from its widespread lockdowns, we are ready to once again focus on what we love doing. Racing cars.

In recent times, the longest we’d go between seasons were the frantic three-ish months between the final post-test pack-up in the Abu Dhabi heat and the first laps in (chillier) Barcelona: three months of car development, feverish parts-building and media work, three months in which hardly a breath was taken. Once things got going in Melbourne, summer shutdown would be the only break, two weeks in which the factories would close and the F1 community would collectively relocate to places with names starting with “Playa del” and the only pit that mattered was a barbecue one.

And yet, seven months on from the last race in 2019 and nearly four since the paddock last congregated in Melbourne, we are ready to race again. Which leads to the original question – what will happen once the cars line up in Austria?

This season, we will be confronted with unique circumstances, on and off the track. With restrictions put in place to guarantee the safety of all competitors and staff, consecutive races in the same venue (devoid of fans), and a clearer view of what the future, in the shape of the rules for 2021, 2022 and beyond, looks like, Formula One is back in a new guise. We will make our first, tentative steps in the new paddock, build our cars while wearing PPE and observing distancing rules, then race in this new race weekend format.

What will the pecking order look like? It is hard to tell now. The midfield will be close, as always. A tenth here and there may result in the two races in Austria looking completely different one from the other. Teams will assess the developments they managed to squeeze in during the little time at the factory since Melbourne. The early-season jitters could bring some surprises. All in all, it will be a classic season opener, full of “what if” and “if only” moments, unpredictability and excitement. It will be different, but it will be what we have been looking for.

What will not change is the determination to do well, the commitment of the team and the desire to go back out there, feeling the track underneath us and hearing the roar of the engines.
As they said it

Frédéric Vasseur, Team Principal: “It has been so long since the last race in Abu Dhabi, so obviously we are eager to go back to racing: this is what drives us on and what we have been working for all season. Of course, the situation will be different, given the restrictions forced on us by the pandemic: but we are confident in the measures the FIA and Formula One have taken to keep us all safe. The first race of the season is often a chaotic affair and that’s when opportunities arise: we will need to be ready to take any that come our way. Racing again here in a week’s time will be a new experience for all of us, but we expect the midfield battle to be so close to make both races really open and unpredictable.”

Kimi Räikkönen: “It will feel a bit weird to get back to racing in these conditions, but I am sure that once we are in the car we will not focus on the restrictions but just on doing the best job we can. The break was a chance to spend time with my family but now we have to focus on the job. With so many races in so little time, we need to make the most of every event and score points every time we get the chance. It’s hard to tell where everyone stands, but we will find out soon enough.”

Antonio Giovinazzi: “We return to action this week and I cannot wait to be in the car. It has been a very sombre few months for everyone, and with my family and so many friends back home in Italy, I was particularly touched by it. To go back to racing feels like another step towards some sort of normality. I am curious to see how everyone does in Austria and to see what happens with two races in the same venue; it’s a first for Formula One so it will be something we will need to adapt to. As for being rusty after so many months away, I am not worried about that: I didn’t race for two years between 2017 and 2019, so, if anything, I will try to turn that into an advantage.”