Hakkinen: I expect the number of mistakes to be higher 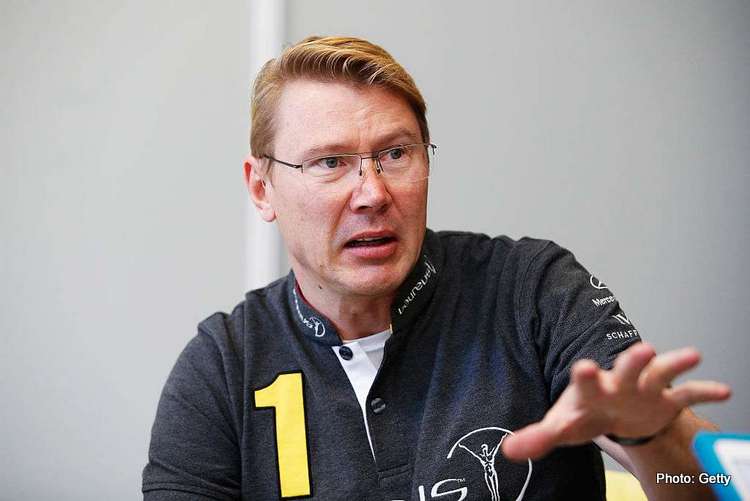 The 2020 Formula 1 season will see teams and drivers required to fire on all-cylinders from the get-go, according to two-time champ Mika Hakkinen.

Set to get underway in Austria next month, the 2020 calendar currently has eight European races scheduled in ten weeks, with the expectation being several more will be added in the near future.

According to Hakkinen, this jam-packed schedule will result in more mistakes than usual as the combination of seven months of rust and extra pressure to make every race count will take their toll.

“It’s going to be a very busy season,” he explained to Laureus. “For the racing drivers, it’s how to do the Grand Prix, how to recover quickly, do all the analysis and improve your personal performance and your team’s performance for the next event. I expect the number of mistakes to be higher, not only from the drivers, but also from the teams.

“The mechanics have had a huge break from having the confidence to change tyres quickly in three seconds. They’re practising all the time at the factory, but that’s a different story.

“It’s not the same as when the cars are running flat-out towards the mechanics and stopping in the exact place. So the mistakes will be there.

“The drivers have been having minimum chance to practise driving a Formula 1 car, so they have been doing go-karting and driving different kinds of rally cars and old racing cars to keep the muscles active and they’ve been using physical training programmes in a gym, but nothing matches the power of a Formula 1 car when it accelerates out of the corners to achieve forces where the body weight is five, six times higher than normal. So it will take a while for the drivers to get used to it again.”

Indeed, Hakkinen warns that some teams might already be too far behind the eight-ball.

“If your car, engine, gearbox, aerodynamics don’t work straight away for the first Grand Prix, it’s very difficult to come back from there for sure,” he said.

“The package has to be right, from the beginning. And if the team’s having any kind of issues, technical problems with the materials or the cars, it’s going to be a nightmare.”