Brown: The sport wins if fans win with new rules 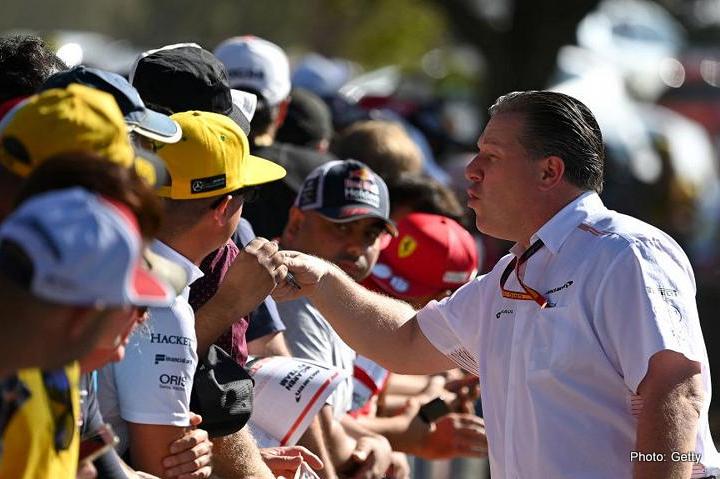 Formula 1’s new balancing measures from 2021 onwards are a win for all teams because they will attract new fans to the sport, says McLaren CEO Zak Brown.

The measures, which were implemented after crisis talks amidst the COVID-19 pandemic, are headlined by a $145 million cost-cap and sliding restrictions on aerodynamic testing based on the previous year’s performance.

Long a vocal proponent of F1 trying to ‘level the playing field’, Brown heralded the new rules as a serious step forward for the sport.

“I am pleased for the outcome,” he told the F1 Nation podcast. “I think the sport now is much more sustainable. I think it’s going to make the sport much more competitive and ultimately the fans are going to be the winners.

“So I think well done to the industry. It wasn’t easy, not everyone was always on the same page but I think we’ve landed in a very good spot.”

At the same time, Brown acknowledges his team is in an advantageous position given the closeness of McLaren’s current budget to the cap figure, but maintains even that teams big and small will reap the benefits in the long run.

“Where the rules have landed are right in the sweet spot of McLaren, but I think if I look at the top three spending teams, they have plenty of resource, so they’ll have challenges in scaling back – but that’s kind of a good problem to have, so to speak.

“I think they’ll remain as competitive as ever.

“And then I think you’re going to have three or four teams that now run in the budget cap, ourselves, Renault, Racing Point and I think AlphaTauri will also.

“And I think Red Bull, if I’m Dr Helmut Marko, I now have two teams and collectively, I can kind of spread my resources and create two equal teams, so I think they’re a big winner out of this as well.”

“And then I think it closes the budget gap for – I’m not sure if Sauber, Haas and Williams will run at the cap, but the difference between where they are today and where the cap will be will certainly be tighter.

“So I think everybody’s really a winner at the end of the day, and it’s going to make for fairer, more balanced competition.”