Vasseur: Budget cap easier for small teams to deal with 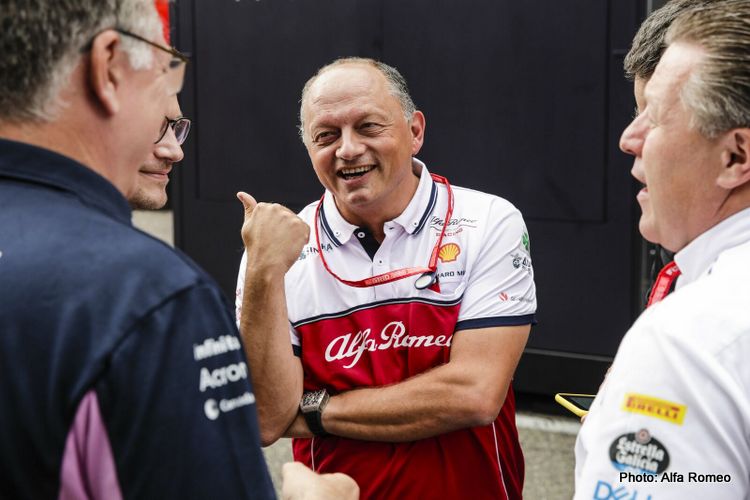 Alfa Romeo team principal Fred Vasseur believes the budget cap will be easier to deal with for smaller teams, although he does not expect Alfa to be competing with Mercedes and Ferrari in 2022.

Formula 1 will introduce a cost cap of $145m, with exceptions, from the start of the 2021 season in the aim to bring the field closer together and make the racing more competitive.

Speaking to Auto Motor Sport, Vasseur confirmed that adjusting to the budget cap will be a difficult task for all teams, but said he feels smaller outfits like his are in a better position to manage the changes.

“Budget reduction will be a big task for the big teams rather than one for the small ones,” he said.

“With a stable set of rules, we will experience an approximation of performance. But I didn’t expect us to be ahead of Mercedes or Ferrari from 2022. But it will certainly be easier for us than for the large teams to deal with it.”

The coronavirus pandemic has had a significant impact on Formula 1, with a series of races cancelled and teams beginning to struggle financially.

Asked how it could impact the sport in the long run, Vasseur said it remained difficult anyone to make predictions.

“It is difficult to draw a precise picture of the future today,” he said.

“We can’t even make predictions for this year. We don’t know how many races we will actually have. And we do not know what we will actually take in the future – from the sponsors and from the prize pools. We don’t know how the crisis will affect Formula 1 in general. With the 2022 cars, the costs have to go down. But I think that we do not have to make any structural adjustments in the team and will continue to be below the cost cap.

As one of the smaller teams on the grid, Alfa will hope to be one of the beneficiaries from the cost cap and Vasseur confirmed they are currently operating below the stated $145m limit.

“The cost cap has little impact on our situation, we were and are below the budgets mentioned,” he added.

“The big difference for us is the increased distribution of the prize money and the fact that the new cars will be cheaper from 2022. But we’ll still be a long way from making a profit. It is certainly a step forward. We will still stumble to break even. We certainly want more. We will work towards that.”