Ricciardo: I like hugging people, so that´s going to change 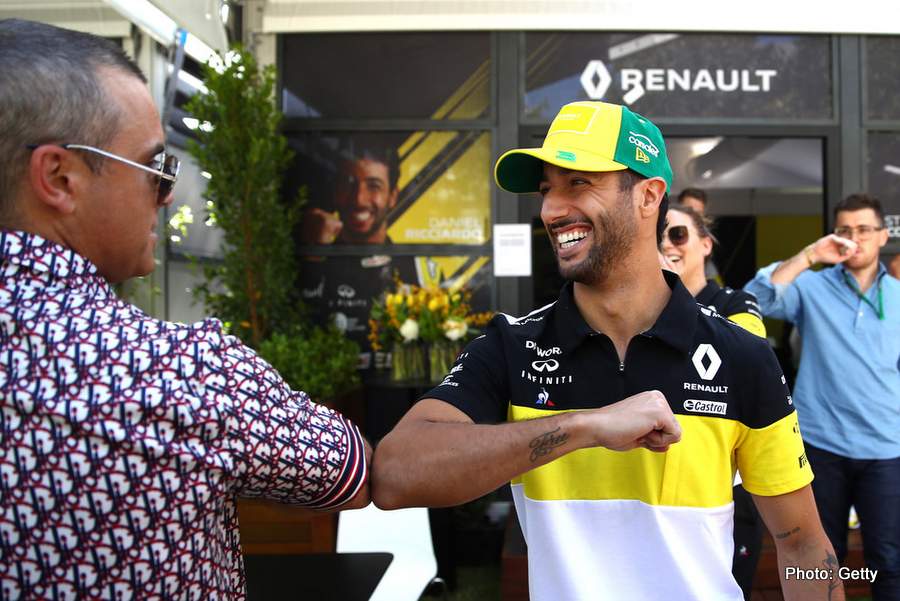 Daniel Ricciardo accepts he will have to be a lot less tactile with his teammates when the Formula 1 season starts in Austria next week under strict health measures to counter COVID-19.

“I’m a hugger. I like hugging people, so that’s going to change,” the enthusiastic Australian told reporters in a Renault F1 video call on Friday.

“I’ve got to keep my distance. We´re going to find some new ways to embrace each other, especially after a good result. But obviously we´re going to do what we can to keep this thing away and keep it out of the paddock. So no hugging. No hugging for now.”

Formula 1 has been stalled since testing in February, with the March 15 season-opener cancelled before first practice in Melbourne when a McLaren employee tested positive for the new coronavirus.

The last real race, esports not included, was in Abu Dhabi in December.

Ricciardo, who will be leaving Renault for McLaren at the end of the year, said he was raring to race but had embraced the ‘new normal’ that will involve COVID-19 tests every five days from Austria onwards and operating inside a ‘bubble’.

The lifestyle changes include wearing face masks and going through lots of cleaning products at home.

“Coming back from the supermarket and actually cleaning the packages that are bought before putting them away. It´s just taking those extra steps that seem certainly necessary for now,” he said.

French teammate Esteban Ocon, who spent a year on the sidelines last year and last raced in 2018, was also taking no chances.

“We’ve been waiting so long to get back, it would be a shame and dangerous also for all of us to risk anything,” said the 23-year-old.

“I’m changing everything. There´s not one single thing that I do the same in my life nowadays, when I travel or as soon as I go out to get some food in the supermarket or anything.

“It would be crazy to have waited so long and prepared that much and arrive and be positive at the test… so I´m definitely massively careful.”