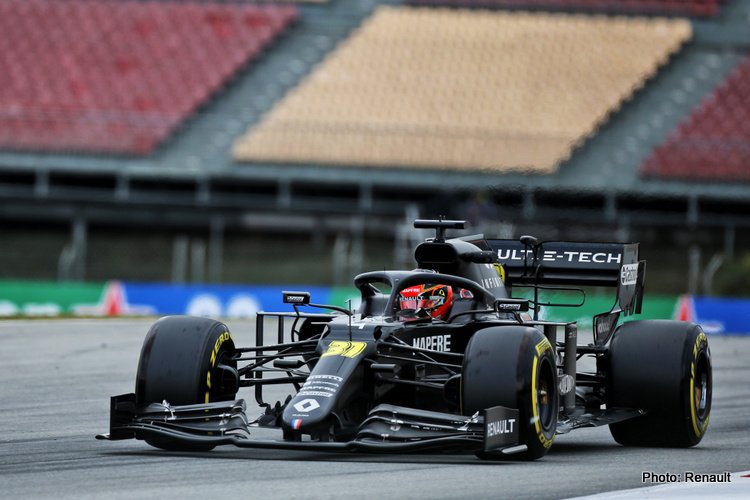 Renault are set to run a heavily updated car at the Austrian Grand Prix next weekend according to managing director Cyril Abiteboul.

The coronarvirus pandemic has meant that the 2020 Formula 1 season is yet to get underway, with the current iteration of cars only having run at testing.

Delays to the start of the season and a difficult automotive market have caused a number of teams to face financial issues, but Abiteboul confirmed Renault has been pushing ahead with upgrades for the opening race.

“We’ve made some tough decisions during the break to allow us to secure the plan and we will execute that plan,” Abiteboul told reporters in a virtual press conference on Friday.

“There will be some other decisions made that we will talk about later, but for the time being on the chassis side the upgrades are coming. Actually it’s been a huge effort from internal production to get the package from race three, race five and race six — initial numbering, obviously — that will be on our car in Austria. Those races (Vietnam, Netherlands and Barcelona) have obviously not happened but the performance that was supposed to come will be in Zeltweg.

“I want to downplay any expectations because we know that our car was really, really bad last year, so we just hope that we will be slightly better. We’re still not totally sure of the competitiveness of the car from the winter tests, so I don’t want to say too much at this point.

“Let’s go to Austria — there is a good vibe, but there is clearly a huge satisfaction from the effort that has been put into getting all these parts available in quantity. We all know that Zeltweg can be harsh on the cars, so in particular a doubleheader at Zeltweg — even if there has been some curbs removed — we had to plan in quantity also some parts that I hope will bring some decent performance to the car.”

The French outfit have a changed driver lineup for the 2020 season, with the departing Daniel Ricciardo paired with former Force India racer Esteban Ocon.

Ocon missed the entirety of the 2019 season and said he is looking forward to the return of racing.

“Our targets remain the same as Australia,” he said.

“Of course there has been a lot of work going on before the factories were shut down — the cars are going to be very different to the ones we were supposed to drive in Australia, which is also crazy, because some of the parts we will never have driven. But that’s exciting — it’s going to be a hell of a data-gathering day on Friday to see where we have improved, how everything is going to feel and also for us getting back to speed in the 2020 car. So it’s going to be very different but I look forward to it.”