Brown: The 2020 midfield battle is going to be tougher 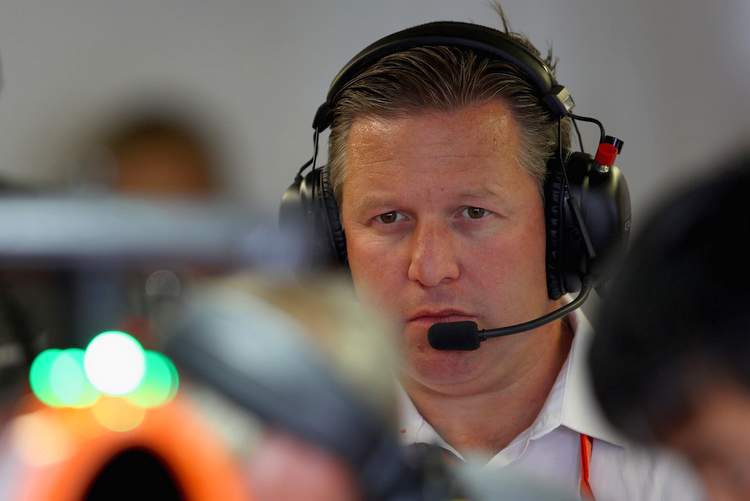 McLaren Racing CEO Zak Brown says that the Formula 1 midfield battle will be tighter than ever in 2020.

Following a difficult period for the McLaren team, they returned to form in 2019 and secured a fourth place finish in the constructor’s standings.

However, with Racing Point looking strong in testing and Renault looking to improve on a disappointing 2019, Brown suggests it will be difficult to repeat that performance.

“I do think this year is going to be tougher,” he told Sky Sports F1.

“Racing Point are clearly very quick with what appears to be last year’s Mercedes, and one would think it would be quick because it won the championship last year! They’re going to be very tough and I think they made the most off-season progress.

“Renault were very quick, Alfa [Romeo] were quick, AlphaTauri put in a very quick time at the end of testing and Williams showed a lot more pace than they did last year.

“I think it’s going to come down to reliability, drivers continuing to do a good job, team executing, because I think there’s not much pace difference between the cars.”

With the Formula 1 season dramatically impacted by the coronavirus pandemic, teams are having to be more calculated with the way they plan for upgrades and Brown said that they are adapting to the new environment.

“We’ll be bringing some toys as often as possible,” he added.

“But because of the frequency of racing, we’ve probably been focused more on spares than updates – I think a lot of the teams are because we’re going to be doing three races in a row on the trot. So we’re going to make sure we have all our spares and then of course in Formula 1, to tackle the expense side of the sport we’re now limited on upgrades for this year and next year so I think we’ll do the best we can within the rules. But it’s definitely a new environment.