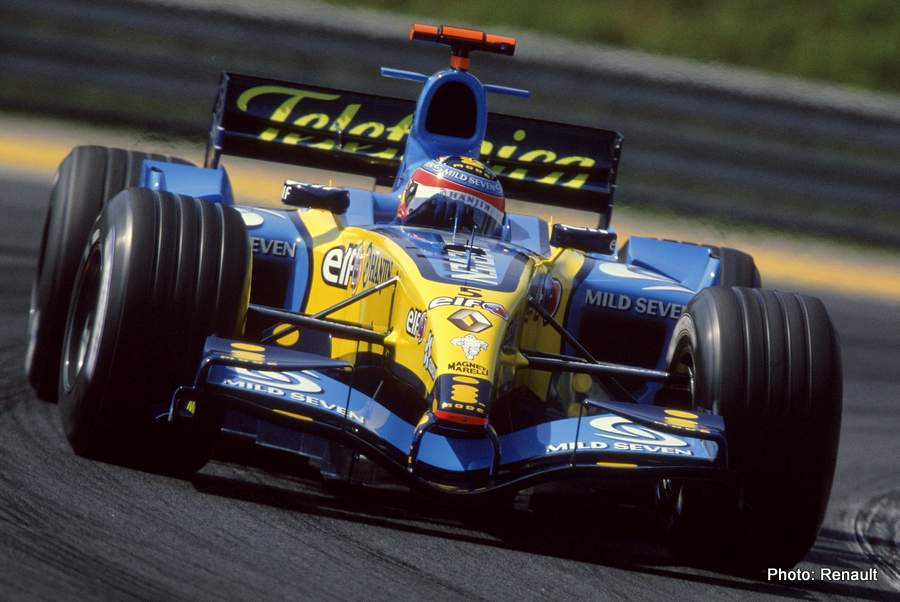 It starts with triple champion Nelson Piquet winning the 1984 United States Grand Prix from pole position to the flag in his Brabham BT53 BMW. Piquet had to work for it as he came under pressure from impressive rookie Martin Brundle whose naturally aspirated Tyrrell ended within a second, but Brundle was excluded for an illegal pit stop to allow Elio de Angelis Lotus-up to third, while Teo Fabi came from 23rd to third in the other Brabham.

Double champion Fernando Alonso’s Renault R26 then won 2012 Grand Prix of Europe at Valencia ahead of another world champion in Kimi Räikkönen’s Lotus-Renault. Third-placed Michael Schumacher’s Mercedes not only made it a champion’s 1-2-3, but that would also prove the great German’s final podium as he became oldest man to stand on an F1 podium in 36 years.

And last but not least – six-time world champion Lewis Hamilton’s Mercedes stormed to the 2018 French Grand Prix win from Max Verstappen’s Red Bull and Räikkönen’s Ferrari. Combined the men that won grands prix on this day have so far won no less then 23 F1 world championships between them!