Ricciardo: Hard to say which team will lead the midfield 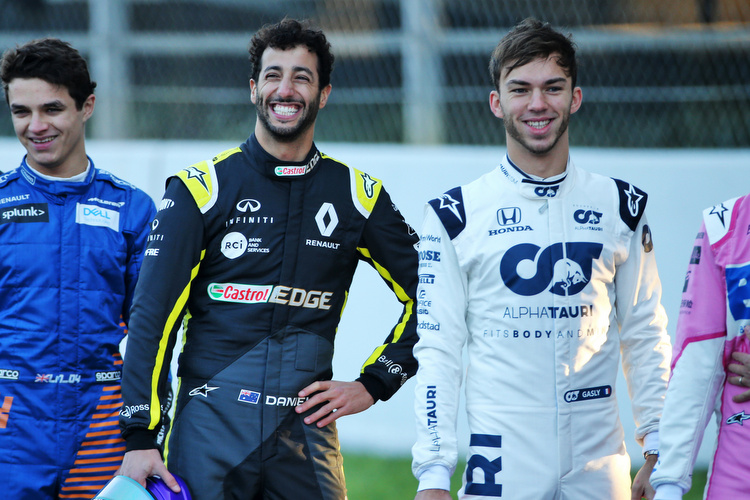 Renault driver Daniel Ricciardo has said that it is very hard to predict which team will lead the midfield when the 2020 Formula 1 season gets underway.

Ricciardo finished ninth in the standings last season as he lead Renault to fifth place in the constructor’s standings, 54 points behind fourth-placed McLaren.

Both teams will be looking to fight for fourth once again this year, while Racing Point’s impressive showing in testing has suggested they could also be in with a shot.

“I certainly expect it to be close,” Ricciardo told the F1 Nation podcast.

“All we’ve got now is testing back in February, and we kind of had our analysis after the testing and tried to figure out where everyone stands, and all I can say is, the lead midfield car, it was really hard to kind of figure it out if it was us or not.

“It looked like I would say at least three of our midfield teams were all within a tenth.”

The season is set to begin next weekend at the Red Bull Ring in Austria, a track where Renault struggled last time out.

However, the team has been testing at the track ahead of the curtain raiser and the Australian said it would be a good sign of their speed if Renault were to go well on the first weekend of the season.

“Austria for us last year was maybe our worst actual weekend of the year,” he added.

“So I think if we could come out there and be at the front of the midfield, I think that looks good for us for the rest of the season. But it’s hard to predict, to be honest.”