Norris: I still have the same need to improve 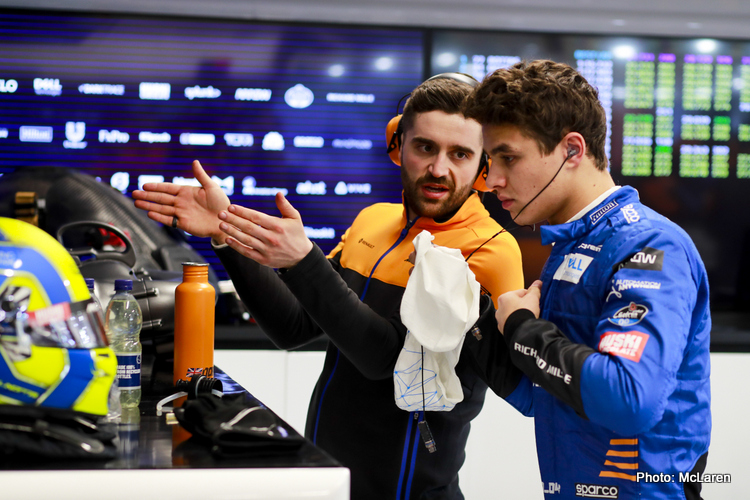 McLaren driver Lando Norris maintains he still has the same need to improve during his second season in Formula 1, despite his impressive rookie season.

Enjoying a solid debut campaign for McLaren, Norris finishing ninth in the standings, but missed out on a series of additional good results due to reliability issues.

Looking ahead to the start of the new season, Norris said he was focusing on improving the factors that limited his progress last year.

“It’s good that I can do one weekend after another, but at the same time you don’t get as much time to get back and drive the simulator at McLaren and work on those things.

“It’s going to be different from that perspective, but I still have the same focus, the same need to improve those things which were my limiting factors last year.

“So I’m still going to be going in focusing on them as my weaknesses and trying to improve them and if I can do that, then I’m confident, all together, the package will improve and I can be more consistently up there.

“Although it is a very different kind of situation to go into a second season of Formula 1, the idea of how I’m going to go about it and my idea how to put into practice and things which we did over the pre-season is still relatively the same.”

Despite impressing in qualifying particularly, the 20-year-old was significantly outscored by his teammate Carlos Sainz Jr.

When asked what explained his inability to match the Spaniard on Sundays, Norris said it was down to a couple of different factors.

“There were a lot of times when I’d look at the data and the video before we go out on track and there are things which I prepared for,” he added.

“But then there’s always a little thing that Carlos would know about from previous years, when the track grips up a bit more, just little things that when you go into qualifying and go into the race how something changes going into that session, which you can’t really prepare for.

“No one really knows about it unless you’re the driver and the driver doesn’t always tell everyone a secret. So there was always that little thing that Carlos would then do or a line might suddenly change because of how the track is gripping up or everything’s evolving.

“A bit of that is experience and then obviously now I know that, and I didn’t last year. I’m feeling a bit more confident but it’s never easy to go from it from practice into qualifying. You lower the fuel a lot, and qualifying into the race you go back up the fuel and making sure you’re exactly on the limit between all these changing circumstances and changing conditions.

“That’s what he was very good at so that’s one of the areas I had to improve. It’s the same this year. That’ll be one of my focuses.”