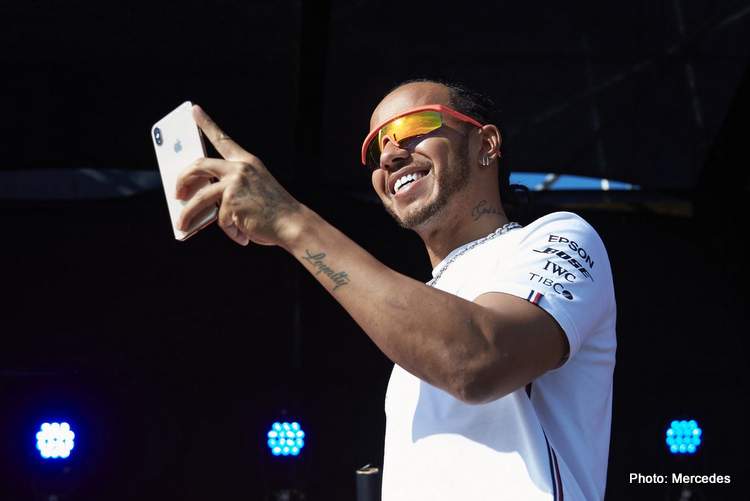 So as Covid-19 leaves a trail of human misery and economic ruin in its path an awful lot of people are getting upset that Lewis Hamilton is telling the world his opinion on everything from the environment, racism, and the price of baked beans.

Some argue Lewis should only comment on issues relating to motor racing but huge numbers of F1 fans are interested in what he has to say.

Back in 2017 Formula One surveyed more than 14,000 people in seven different countries – the UK, US, Germany, Italy, Brazil, China, and Russia – in a bid to understand just how much sports fans are invested in F1.

Matt Roberts, Head of Data and Research at Formula 1 commented,

“Formula 1 is an incredibly rich sport, mixing many elements, including technology, human interest, heroism, and glamour into a really exciting package.”

“However, different elements appeal to different people and while some are entranced by the technology, others focus on the human story of the driver rivalries or the glamour of the location, the personalities, and the celebrities. What this survey confirms to us is that no two fans are the same. Everyone interacts with the sport in different ways and it’s our job to deliver a sport that appeals to the particular interest of all of our fans.”

So, Lewis is part of the solution to continually engage with fans on all levels to keep the sport relevant in an ever-changing world.

Of course, it has not always been the case, when one Bernie Ecclestone was in charge of the show, he didn’t embrace the digital world. He did not understand it, did not get it, and more importantly, could not see a way of making money from it. He was a TV guy full stop.

To show how out of touch he had become in 2014 he suggested F1 did not need an official social media presence, because he felt platforms like Twitter and Facebook had no future.

In an attempt to put the genie back in the bottle in 2016 he banned Lewis Hamilton, one of the first drivers to fully embrace social media from using Snapchat in the paddock—which Hamilton immediately ignored.

When Lewis started taking clips of his onboards and posting them on his Instagram channel, he received endless ‘cease and desist’ letters from Bernie Ecclestone’s lawyers, again Lewis chose to ignore them.

A staggering fact which demonstrates Lewis Hamilton’s reach is to look at the number of followers on Instagram the preferred social media platform of choice for F1 drivers.

As a footnote: It is well known that Bernie Ecclestone and Sebastian Vettel are friends often playing a game of backgammon, but conversation topics surely won’t include social media as Vettel has exactly zero followers after refusing to personally engage with social media, leaving it instead to Ferrari.