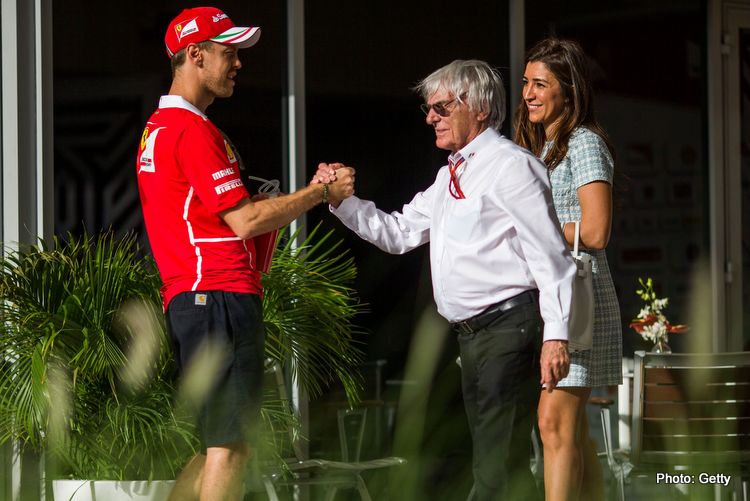 Former Formula 1 boss Bernie Ecclestone has said that he hopes Ferrari play fair with Charles Leclerc and Sebastian Vettel this season, despite the German confirming he will depart the team at the end of the year.

Vettel will leave Ferrari after six years with the team, but still has one final opportunity to win the title that has eluded him since his arrival at Maranello in 2015.

Speaking to German outlet Blick, Ecclestone said the team should not determine a running order between their drivers before the season starts.

“Sure, Sebastian now has only one goal to be faster than Charles,” he said.

“In qualification and in the race. The Italians can forget a stable order. I just hope that they play fair with Sebastian!”

Ferrari has a history of using team orders to swap their drivers during races and this became an issue with Leclerc being told to remain behind Vettel in the early stages of last season.

Ecclestone also allayed concerns that Vettel’s level of performance would drop this season, describing him as a professional.

“Sebastian is mentally too strong and too attentive for that, just a professional,” he added.