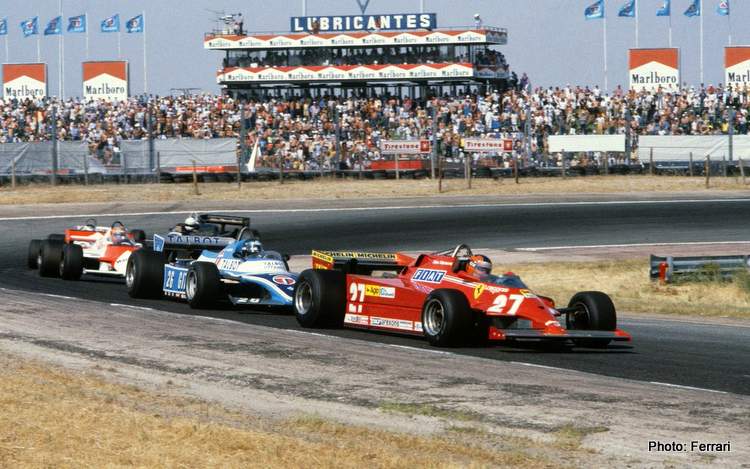 21 June has been a busy day for Formula 1 over the years with no less than seven grand prix across the globe in 70 years.

Regarded as a tactical masterpiece, Gilles Villeneuve’s final Grand Prix victory in Spain in 1981 in a Ferrari 126CK at Jarama was also the second closest ever finish in F1 history. The top five – Villeneuve, Jacques Laffite in a Ligier Matra, John Watson’s McLaren Cosworth, Carlos Reutemann’s Williams Cosworth and Elio de Angelis in a Lotus, were covered by just 1.2 seconds at the flag.

Moving on to Le Mans, there were three 24 Hours on this day – Gerard de Courcelles and Andre Rossignol steered a La Lorraine to 1925 honours, Nino Vaccarella and Jean Guichet won the 1964 race in a Ferrari 275P and Derek Warwick, Mark Blundell, and Yannick Dalmas took the ‘92 24 Hour in a Peugeot 905.

In other major races, Guido Ginaldi’s Alfa Romeo RLTF took the 1925 Coppa Acerbo at Pescara, Edgard von Morawitz the ‘26 Rund um Marienbad in his Bugatti, Louis Chiron the 1931 French GP de l’ACF at Montlhery in a Bugatti 51 and Tazio Nuvolari’s Alfa Romeo 8C-35 the 1936 Magyar GP Budapest. John Love won two SA F1 races on this day – the 1964 Royal Show Trophy in a Cooper Climax and the 1970 Bulawayo 100 in a March 701 Cosworth.

Tragically, an accident in the 1970 Dutch Grand Prix claimed the life of Piers Courage at the age of 28.