Abiteboul: From 2022, anyone will be a threat to anyone 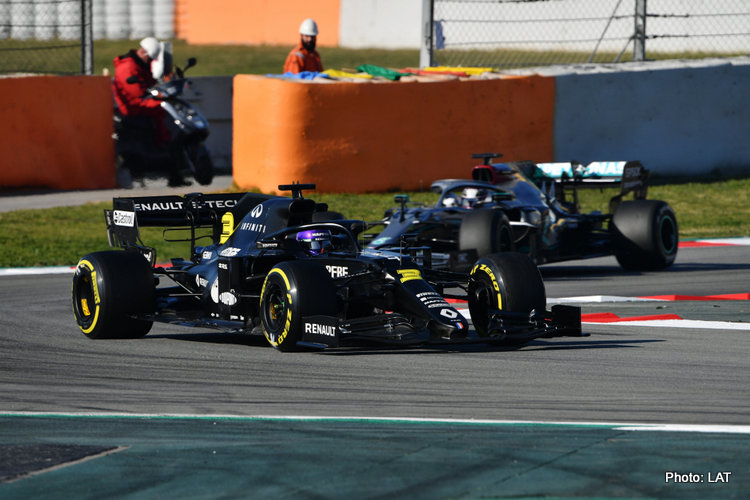 Starting with a $145 million cost cap in 2021, F1 is set try and reverse the trend that has seen no team other than Mercedes, Ferrari or Red Bull win a race since Lotus’ victory at the 2013 Australian Grand Prix.

Additionally, 2022 will see the introduction of new technical regulations designed to promote closer racing, and while Abiteboul’s team could be one of the prime beneficiaries of the changes, he also foresees a subsequent upheaval in the supplier-customer team dynamic.

“It was a worry when there was either no budget cap or the budget cap was sufficiently high that the grid would remain under a two-tier system,” Abiteboul explained to Autosport.

“Now that we have a budget cap that is low enough that the grid will be much more competitive, I’m curious to see what will happen to those collaborations between teams.

“Because I think right now Mercedes is happy to let Racing Point copy its car. Whether it’s legal or not legal, it’s not my point, but they are very happy to help them in making their car very competitive.

A source of significant controversy in preseason testing, Racing Point’s new RP20 is alleged to be a near-copy of Mercedes’ 2019 title-winning car, the W10. While considered legal by the FIA, some have suggested the design goes against the unwritten rules of what it means to be a F1 constructor.

In any case, Abiteboul doesn’t see how such a practice would make sense in the future from a competitive standpoint.

“Anyone will be a threat to anyone, that’s the game changer. And the ones that are winning are the fans,” he said.

“This type of construction that we have now, when the grid is not competitive and you have this two-tier system which is protecting three teams, it’s not going to be the case any longer.

“It will police itself to some extent. That’s why I’m much more relaxed about things from 2020 onwards that I am currently.”

In the final year of their two-year deal to supply McLaren with engines, Renault will enter 2021 as the only manufacturer with no customers.