Steiner: Haas sale rumours are a storm in a teacup 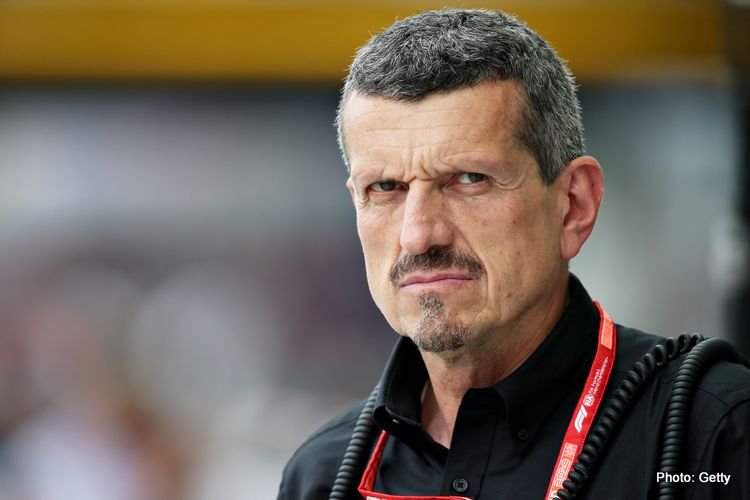 Following the remarks of team owner Gene Haas earlier in the year that “another five years would be a big commitment”, the American outfit has been a popular target of sale rumours, particularly with the extra financial difficulties caused by the COVID-19 pandemic.

However Steiner insists nothing has changed for the moment.

“I think it’s now the third time that Gene has sold the team, or partly sold the team,” he joked to reporters in a video conference call, as reported by Autosport. “I think this is all speculation. I think somebody is putting some rumours out there.

“We were [supposedly] sold to Saudi Arabia a year ago. We were already sold and the deal was done. But nobody ever spoke with Saudi Arabia.

“I see this a little bit of trying to make a storm in a teacup for no good reason.

At the same time, both Williams and McLaren have announced they are looking for outside investment to secure their F1 futures, and Steiner acknowledges that his team could adopt a similar tack.

“When the time is right that he [Gene Haas] wants to do it, we will communicate it,” he said.

“If somebody wants to buy a team out there, I think Williams did a very good job in how they managed it.

“They put it on the market, said we are interested in something, speak with these and these people.

“I think that is how it should be done, and not speculation with no foundation.

“I think there are a lot of people that wish to buy an F1 team, and tell people that they’re going to buy one. But they haven’t done it, at least not with Haas.”

Whether Haas eventually goes down a similar route or not, Steiner thinks the team itself is set to stay in the sport with a lowered budget cap from 2021 onward in place.

“The budget cap, I think it’s a good thing for the sport in general, even if it is not completely equal with everybody,” he said, referring to the reported allowances for teams that supply parts to others.

“To make it break even, there is a chance to do that for the future. That is the aim for us. That needs to be my aim, to make it break even for Mr Haas. And if I make that one happen, for sure he will sign the Concorde Agreement.”