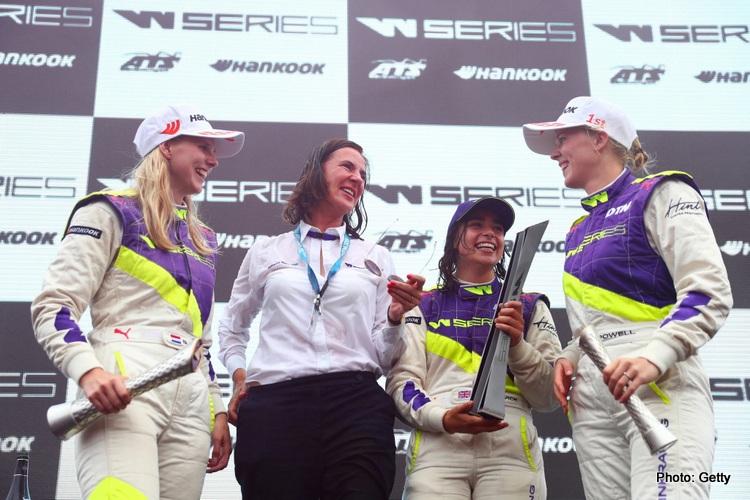 W Series drivers Beitske Visser and Alice Powell have congratulated Jamie Chadwick on earning a drive with Prema in European Formula 3 for this season.

Visser and Powell finished second and third respectively in the inaugural W Series standings last season behind champion Chadwick and they backed her to show her skills on the Euro F3 stage.

Both drivers have excelled in the early weeks of the W Series Esports League, with Visser earning her third and fourth win of the season in round two at Circuit of the Americas on Thursday to retain her championship lead.

“I think we have all seen that W Series last year has been a platform and that a lot of us have been able to show what we can do,” Visser told Grand Prix 247.

“It is great that Jamie has got that seat now and she can show herself there now. I am sure more and more drivers from the W Series will progress to further championships.”

Powell too had an impressive evenings work, securing two podium finishes and moving up to third in the standings.

Aside from the Esports League, Powell will compete in the Jaguar I-Pace eTrophy and said she is searching for more opportunities to compete.

“It is great for Jamie that she has got the seat and I am sure she is going to do a great job,” Powell added.

“As far as I am concerned, I have the Jaguar I-Pace eTrophy to finish with the remaining calendar being announced recently, which I am really excited about. But otherwise I am trying to raise some funds to get out in a single seater when I can whether its racing or testing to prepare for next year.”