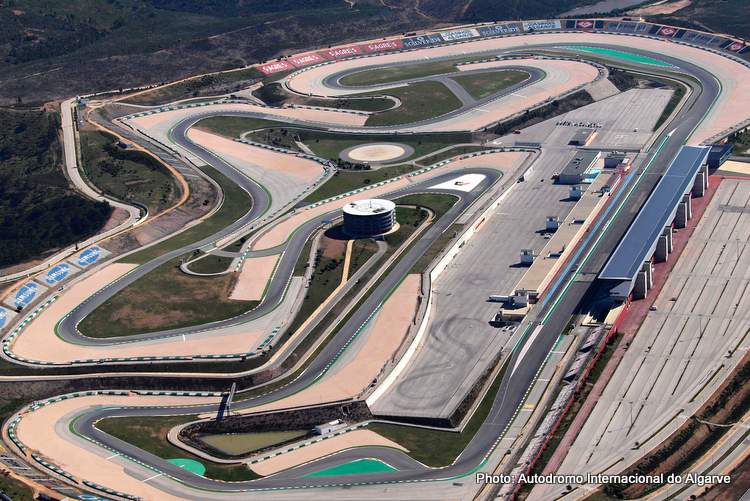 The Autodromo Internacional do Algarve was mentioned by FOM as a potential Formula 1 venue for this lockdown affected season and it has emerged that the Portuguese Grand Prix is on a shortlist to be held in September or October at the venue in the heart of the country’s prime holiday region.

After releasing a new Euro-centric calendar for the 2020 F1 season, F1 chief Chase Carey and his organisation are working on arranging races beyond the traditional European venues but last recently it was revealed that the Azerbaijan, Singapore and Japanese Grand Prix were canceled.

After losing these venues, FOM has a possible seventeen events for this season (with two races at Silverstone and at Red Bull Ring) but there are serious doubts surrounding races in Vietnam, Brazil, Mexico, Canada, and the USA, which could bring this number down to twelve.

This is three less than the limit that FOM has to meet due to its contractual obligations with the F1 TV broadcast right holders.

Carey has explored all possible solutions to guarantee the fifteen-race limit is met and thus protect FOM’s interests. Of course, broadcasting is F1’s single biggest revenue source – USD$762.8 million in 2019.

Four different European circuits that weren’t in the original calendar are seen as options to fill the gaps.

Hockenheim, Imola, and Mugello have already shown interest, however, since March there have also been discussions with Autodromo Internacional do Algarve when it was clear that this year’s season would be a challenge.

Lately, the Algarve option has been gathering momentum and it has indeed been confirmed by FOM. Sources in Portugal suggest to us that the deal between Parkalgar – the company that runs the circuit – and FOM is very close.

COVID-19 had a small impact in the Algarve region – 395 cases and 15 deaths at the time of writing – and the track has a spacious paddock as well as the conditions to run a F1 race behind closed doors, allowing the social distancing needed as well as adhering to the health restrictions demanded nowadays.

The Portuguese facility has also all the required infrastructures to host a Grand Prix, including the nearby Faro Airport, and the vast hospitality network geared for such influxes, eager to embrace the event to boost a region very dependent on tourism and facing challenging times under lockdown.

With the race possible anytime from September 13th to October 11th, the weather is another plus as in December the temperatures are the same as Silverstone in July with less chance of rain. Thus the Autodromo is on stand-by regarding a date

The Portuguese Grand Prix has been held on sixteen occasions – twice at the Boavista circuit, one at Monsanto, and 13 times at Autodromo do Estoril – the last one, in 1996, won by Jacques Villeneuve in a Williams.

The Autodromo Internacional do Algarve is a much-respected racing venue set on 4,648km undulating hills with 17 turns, which opened in 2008.

The venue welcomed Formula 1 testing in the same year. Since then it has hosted most four and two-wheel categories at national and international level, including DTM testing and top-level endurance races.