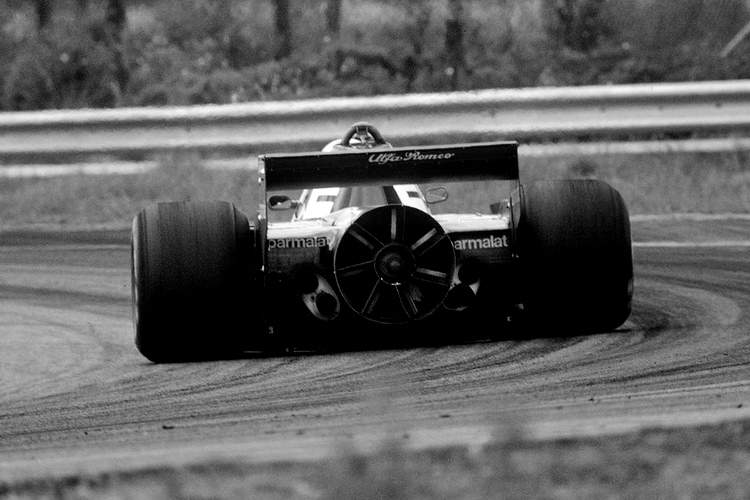 Formula 1 has an international and unique flavour over race history on 17 June with grands prix quite literally all around the world and a few most memorable tales to tell as well.

It starts with Nino Farina’s Alfa Romeo 159A dominating the 1951 Belgian Grand Prix ahead of Alberto Ascari and Gigi Villoresi’s Ferrari 375s after Juan Manuel Fangio had issues with the latest Alfa Romeo 159B’s revolutionary concave wheels at Spa-Francorchamps.

Eleven years later and once again at Spa-Francorchamps, Jim Clark served notice of things to come when he stormed to his maiden Grand Prix victory, the first of four consecutive Belgian wins and also the Lotus 25’s first win over his future great rival Graham Hill’s BRM and Phil Hill in a Ferrari.

Then in Sweden in 1973, Denny Hulme and his McLaren M23 Cosworth disappointed local fans when he came from sixth on the grid to win from home hero and pole man Ronnie Peterson’s Lotus Cosworth and François Cevert in a Tyrrell Cosworth, but the 1978 Swedish race was perhaps even more significant.

Bernie Ecclestone’s Brabhams had the paddock agog when the cars arrived with huge sucker fans bolted the back of the Gordon Murray designed machines’ Alfa Romeo flat 12-engines, which Ecclestone telling anyone who wanted to listen that the fans were for cooling before Niki Lauda and John Watson put the revolutionary BT46Bs second and third on the grid.

In the race, Lauda used the vacuum-cleaner like machine’s ability to suck itself toward the track to put pole man Mario Andretti’s until then-dominant Lotus Cosworth wing car under enough pressure to err, before Niki powered off into the distance to win from Riccardo Patrese’s Arrows and Ronnie Peterson’s Lotus Cosworths. The BT46B was summarily banned after the race, but the win stood in a truly unique grand prix result…

Moving across the pond to the 1984 Canadian Grand Prix, Brabham was once again upfront, but this time with Nelson Piquet at the wheel of the monstrously powerful four-cylinder BMW 1500cc powered BT53 ahead of Lauda, by then driving a McLaren TAG Porsche and his teammate Alain Prost. Piquet collapsed after the race after suffering burns from the Brabham’s new front-mount radiator…

Lewis Hamilton won on the United States Grand Prix’s last visit to Indianapolis from McLaren-Mercedes MP4/22 teammate, Fernando Alonso and Felipe Massa’s Ferrari in 2007. A young German by the name of Sebastian Vettel meanwhile ended in the points on his Grand Prix debut for BMW Sauber.

Moving on to Le Mans, Kimberley diamond magnate Woolf Barnato nursed the Bentley 41/2 he shared with Bernard Rubin home to win the 1928 24 hours, while future US Ferrari concessionaire Luigi Chinetti and Philippe Etancelin powered their Alfa Romeo 8C-2300 Monza to victory in 1934.

More recently, Klaus Ludwig and Henri Pescarolo drove a Porsche 956B to victory at Le Man in 1984, while Martin Brundle, Price Cobb and John Nielsen won driving a Jaguar XJR-12 in 1990. Frank Biela and Emanuele Pirro won the race twice for Audi on 17 June, alongside Tom Kristensen in an in R8 2001 and with Marco Werner in an R10 TDI in 2007. Marcel Fassler, Andre Lotterer and Benoit Treluyer won a third time on this day for Audi in an R18 e-tron quattro in 2012.

Over in the US meanwhile, Barney Oldfield took the 1905 Hartford AAA Champ Car race driving the Peerless Green Dragon, Jimmy Murphy’s Miller Duesenberg won the ‘22 Universal Trophy and Fred Winnai won the first race at Langhorne, Philadelphia in a Duesenberg in 1926.

Far more recently, Peter Gregg won the ’79 Brainerd IMSA sportscar race in a Porsche 935, while Indy racing winners were Al Unser Jr. in ‘84, Michael Andretti and Tommy Byrne in 1990, and Helio Castroneves and Buddy Lazier in 2001.

Ray Keech, who had won the 1929 Indianapolis 500 weeks before, died in crash at Altoona, Pennsylvania.