Brown: Ferrari doesn’t seem like a happy family at the moment 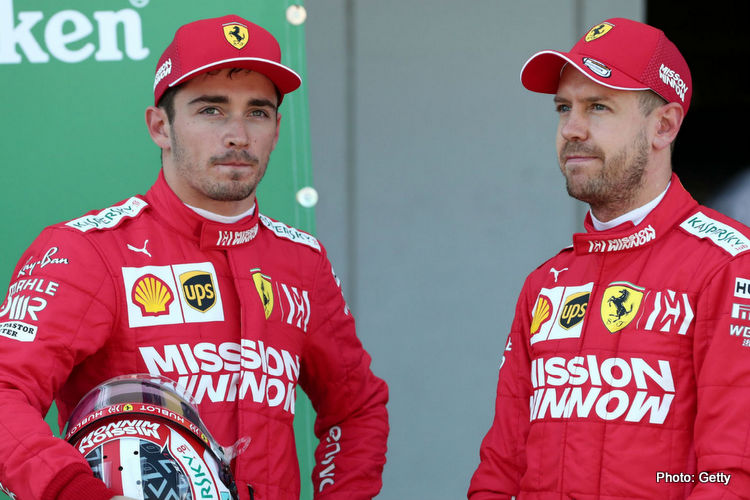 Set to lose his own driver Carlos Sainz to the Scuderia next year in place of Sebastian Vettel, Brown feels the German’s final year with the team will see him butt-heads even more often with his teammate Charles Leclerc.

“I doubt there will be a great environment in the Ferrari garage this year,” Brown told Corriere della Sera. “It doesn’t seem like a happy family at the moment.”

“I think what we saw in Brazil last year will be a preview of what we will see this year,” referring to the pair’s dramatic crash at Interlagos last year.

Furthermore, Brown’s comments can be taken as not just a reference to Vettel’s departure, but Ferrari team prinicipal Mattia Binotto’s recent statement in which he singled-out Leclerc for praise after he took a 25% paycut amidst the COVID-19 pandemic.

Vettel, who is said to be looking to support charitable causes instead of simply saving his team money, was not pleased with Binotto’s comments, according to Bild.